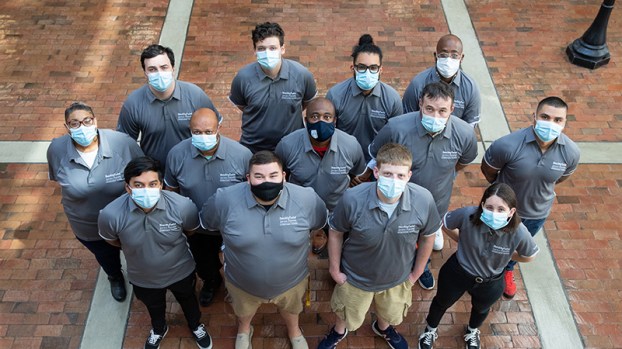 The new cohort adds 13 apprentices to the 33 apprentices in the two cohorts already in place. The maintenance apprenticeship program was launched in September 2019.

The apprenticeship program is designed to develop the next generation of experienced professionals for skilled trades at Smithfield Foods. It provides internal candidates, high school graduates and military veterans with hands-on engineering and mechanic training while they are working toward journeyworker certificates and associate in applied science degrees in industrial systems technology.

Participants receive college tuition in addition to salary and benefits as they progress through the program.

Apprentices train alongside experienced technicians at Smithfield Foods facilities in North Carolina and Virginia and study at WCC. The first cohort should finish their degrees this spring, and the second cohort should complete the program in 2023. The latest cohort is expected to graduate in 2024.

“It is a three- to four-year program because they only attend school part time,” explained WCC Apprenticeship and Work-Based Learning Coordinator Kristie Sauls. The apprentices come to the campus one day a week for classes and complete some coursework online.

In total, WCC is serving around 50 apprentices from various companies in its industrial systems technology, swine management and computer-integrated machining programs.

“Apprenticeships allow individuals to learn while they earn, to get a paycheck and on-the-job training backed by traditional education,” said Interim WCC President Patty Pfeiffer. “They have the pride of moving from apprentice to journeyman and earning academic credentials up to and including an associate degree.”

“We have about 40% of our technical staff retirement-eligible in the next five to 10 years. We have got to develop people to take their place,” Joel Miller, senior director of engineering with Smithfield Foods.

“We want to do that while they’re still here so they have an opportunity to turn over their knowledge to you and you can learn it and step into their shoes. You get the added plus of being able to go to school. And after school, you have an associate degree which you can take to a four-year school and you would go in as a junior. And you’ll have your journeyworker certificate,” Miller told the new apprentices.

The Smithfield Foods apprentices will accumulate industry-recognized certifications embedded in their courses as they work toward an associate in applied science degree in industrial systems technology. They also earn an Apprenticeship Completion Certificate from ApprenticeshipNC and a journeyworker certificate from the United States Department of Labor.

After Smithfield Foods established its Industrial Maintenance Technicians Apprenticeship Program with Wayne Community College, it used the college’s model to set up other programs in Nebraska, Missouri and Iowa.

During the ceremony, the new apprentices signed their apprenticeship agreements.

The new apprentices are at the North plant in Smithfield, Virginia:

at the Tar Heel plant in Tar Heel, North Carolina:

New apprentice Ackerman appreciates the opportunity the program is giving her and for the acceptance she feels as a woman in the maintenance field. She holds a bachelor’s degree in accounting and finance, but it was jobs that allowed her to work with her hands that gave her the most satisfaction, including her military experiences with welding and machining. Shortly after separating from the Army, she decided to go for Smithfield Foods’ apprenticeship program.

“In college, I did a season with an amusement park and whenever a ride went down, they would call in maintenance,” she said. “That is what I wanted to do.”

ApprenticeshipNC served 15,657 North Carolinians during fiscal year 2020, the most in the past 10 years.

According to the U.S. Department of Labor, there were nearly 26,000 registered apprenticeship programs active across the nation involving more than 636,000 apprentices in the last fiscal year.