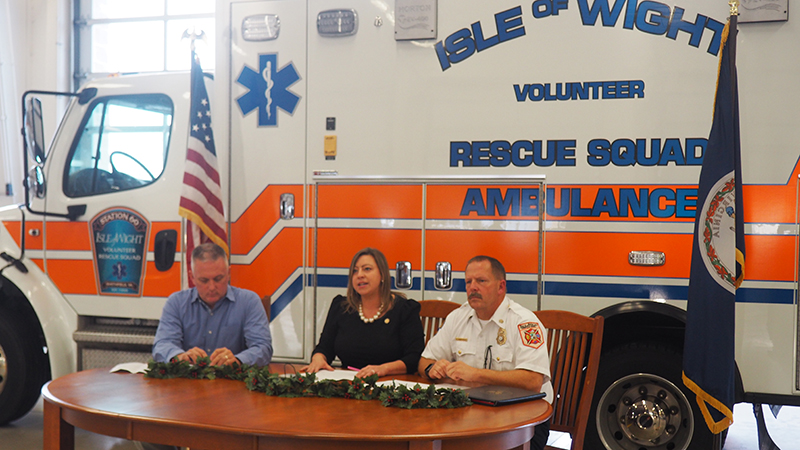 State and local officials held a press conference Monday afternoon to make a last pitch for Riverside Health System’s proposed 50-bed Isle of Wight County hospital ahead of the Virginia Department of Health’s scheduled Dec. 10 review of the matter.

The conference took place inside the engine bay of the Isle of Wight County Volunteer Rescue Squad building in Smithfield.

To build the hospital, which carries an estimated cost of $100 million, Riverside is required under state law to secure a certificate of public need from State Health Commissioner Dr. Norman Oliver. On Oct. 19, six days after hosting a virtual public hearing on the requested certificate, VDH staff recommended Riverside’s application be denied on the grounds that the project “unnecessarily duplicates existing services already available in surplus” in Planning District 20 — a geographic region that includes Isle of Wight and Southampton counties and the cities of Franklin, Suffolk, Chesapeake, Portsmouth, Norfolk and Virginia Beach.

On Dec. 10, Riverside will have the opportunity to appeal the VDH staff’s recommendation to an adjudication officer at a proceeding known as an “informal fact-finding conference,” which has been scheduled for 10 a.m. at the VDH’s Perimeter Center, located at 9960 Mayland Drive, Henrico.

“Myself … and countless others want to affirm and believe that (the VDH) recommendation was erroneous,” said Del. Emily Brewer, who represents Virginia’s 64th District in the state House of Delegates.

The district includes Isle of Wight, Surry and Prince George counties, and part of Suffolk.

Having a local hospital would not only reduce the time it takes to transport Isle of Wight and Surry residents having medical emergencies to lifesaving care, but would also bring “hundreds of jobs, especially at a time when employment and opportunities are something that is so dire for our community as well,” Brewer said.

According to the VDH staff recommendation, “inpatient bed services currently exist within a 30-minute drive for at least 95% of the population of PD 20.” However, Pat Humphries, chief of emergency services for Isle of Wight County, contends Isle of Wight and Surry counties both fall into the remaining 5% where ambulance commute times are in excess of half an hour.

“I attest to the fact that many of our calls we respond to have transport times above 30 minutes,” Humphries said. “In October, at 6:40 a.m., our team responded to a mutual aid call in Surry County. It took 40 minutes to transport the person from the east side of Surry to Obici (Hospital in Suffolk) and our unit spent an hour and 50 minutes assigned to the incident.

“Having a local hospital in the Smithfield area would undoubtedly cut response and turnaround times for our EMS units dramatically, freeing up needed resources for other incidents in the county … The Virginia Department of Health has the opportunity to give the lifeline of access to healthcare not currently available in Isle of Wight County or surrounding communities,” he added.

Jim Collins, a county resident and member of Isle of Wight’s Economic Development Authority, then spoke of his experience trying to reach a hospital when he had a reaction to a vaccine last April.

“I was sent back and forth between two hospitals … Every time I needed to visit one of these hospitals, we had to drive 30 minutes dealing with traffic,” Collins said.

“It makes no sense to me … in my case, proximity was critical,” Collins added. “It could have been worse for me if my wife did not make sure I was seen in time.”

The informal fact-finding conference is open to the public, but seating will be limited due to social distancing precautions, and the VDH has no plans to live-stream the proceedings, according to Piero Mannino, supervisor of the VDH Division of Certificate of Public Need.

Oliver will likely make his final decision on the project by Jan. 10, 2022.

Editor’s note: A previous version of this story listed an incorrect address for the VDH Perimeter Center. 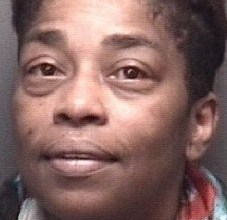