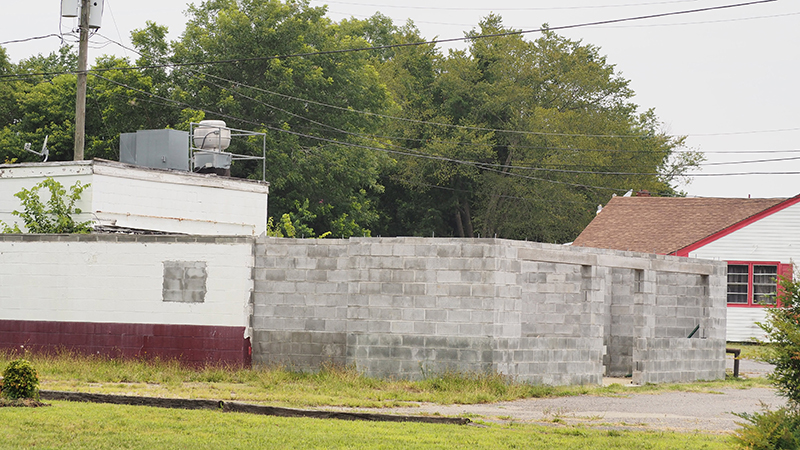 The fast food restaurant dates to the 1950s. Since 1998, it’s changed hands several times and fallen into disrepair.

The town received a written complaint concerning the dilapidated building earlier this year, and had written to the property’s owner — A.O.O. Ventures LLC — in June via certified mail, giving until July 9 for the owner to provide a “spot blight abatement plan” in accordance with Section 22-2.b.1 of the Town Code.

According to town staff, Smithfield extended this deadline four times, giving the owner until Oct. 22. A representative of the owner appeared before the Council’s Public Buildings and Welfare Committee on Nov. 22, still without an abatement plan, at which point the committee chose to begin the process for condemning and demolishing the structure.

The referenced section of code defines “blighted” properties as those that are uninhabited, contain a structure measuring in excess of 256 square feet, and by reason of dilapidation, obsolescence or the absence of electricity, water, or sanitary facilities, are detrimental to the health, safety or welfare of the community. These buildings may be missing windows or doors, feature noticeable overgrowth originating from the interior, have no easily attainable means of securing the building from trespass or have not had active construction or received a certificate of occupancy within one year of receiving a valid zoning permit from the town.

This will be the first building for which the town has initiated the condemnation process, as the blight abatement ordinance was only enacted this past April.

Per the ordinance, declaring a property “blighted” gives the town the authority to expend its own funds to remedy the situation — in this case by demolition — and place a lien on the property to recover its expenses.

Town Manager Michael Stallings estimates demolition could occur within the next 30 to 45 days.