Isle of Wight Academy’s varsity soccer team continued its dominating ways in 2022, defeating Fuqua School and Southampton Academy to wrap up its regular season with a perfect 12-0 record.

The coed Chargers move on to state tournament play Wednesday, May 11, and possibly Thursday, May 12.

On May 2, IWA overwhelmed visiting Southampton 5-1, benefitting from two goals by Paul Serna. Additionally, Reuther Haden, Parker Jones and Grant Liddycoat each had a goal. Haden pitched in two assists.

In IWA’s 8-0 blowout of host Fuqua on May 4, Haden and Bene Lachner scored two goals apiece; also, Lauren Maust, Jude Well, Connor Lantern and Serna each had a goal.

Bradley Davis, of the Chargers, had a save and faced only three shots on goal on the afternoon.

The Chargers were scheduled to honor their seniors in their final home game of the regular season Monday, May 9; they were set to play Norfolk Christian School.

With rainouts to blame for cancellations of two games last week, the contest gave IWA another game before state tournament pairings are announced Sunday, May 15.

Mark Thompson and Trent Holland each had three hits for IWA versus the Falcons. Holland plated two on the afternoon. Kody Kosiorek had two hits. Christian Biernot, Trevor Mason and Jake Lineberry each had a hit for the Chargers (18-1).

IWA held onto its No. 6 ranking in Virginia Independent Schools Athletic Association Division II. If the season ended with these rankings, IWA would play at Nansemond-Suffolk Academy on Tuesday, May 17.

The Isle of Wight varsity softball team wrapped up a 1-1 week, defeating Virginia Colonial Conference foe Fuqua 16-6 May 2 but falling to Nansemond-Suffolk 4-0 on May 5.

IWA remains third in the VISAA Division II state poll behind No. 2 St. Margaret’s School and No. 1 Nansemond-Suffolk.

If the season ended with these standings, IWA would host No. 6 Peninsula Catholic High School on Tuesday, May 17, in the VISAA State Tournament’s first round. Pairings are set to be formally announced on Sunday.

Thursday, May 12 (if necessary): Varsity soccer at Dinwiddie Sports Complex in Sutherland, 4 p.m.

Friday, May 13: Middle school baseball away.

All games are scheduled for 4:30 p.m. unless otherwise noted. 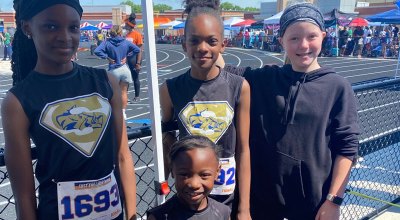 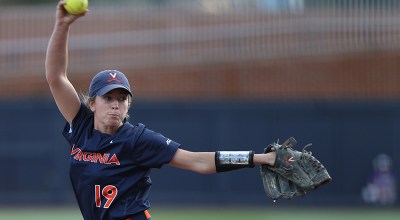 Wooten learns to ‘shut the door’ for UVa softball team 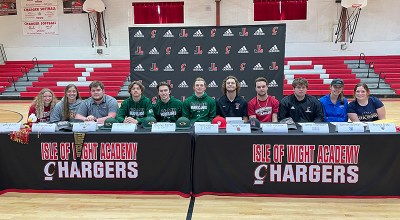