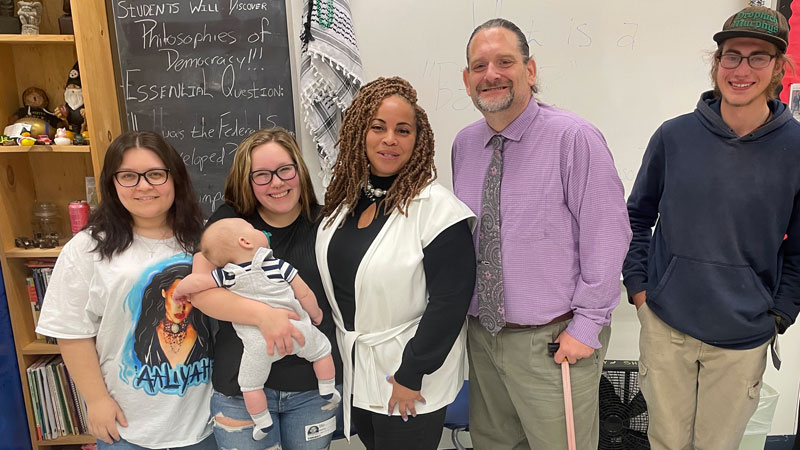 Monica Charleston’s earliest memory of sex, at age 9, came from molestation at the hands of family members while she was living with her grandmother in Philadelphia.

By age 15, she’d met the man who would coerce her into nearly nine years of commercial sex work — leaving Charleston with a lengthy criminal record that’s taken her decades to expunge.

By the time she escaped, she’d racked up 177 felony convictions for “prostitution” and related infractions.

The then-15-year-old had been lured in with promises of a career in acting and modeling. She’d initially thought of the man as her “manager.” Now, she refers to him as her “pimp.”

Charleston hit her lowest point when authorities discovered her in a ditch.

“They found me almost dead, and luckily I got a second chance,” Charleston said.

But her chance came with a hard choice.

In 1992, when she fled to Virginia, her “pimp” kept the children he’d had with her as leverage to compel her to return to him. She didn’t.

The Smithfield Times has elected to withhold Charleston’s current locality of residence in the interest of her safety.

Twenty-three years later, in 2015, she heard the term “sex trafficking” for the first time, and realized what she’d experienced had a name. According to the U.S. Department of Homeland Security, sex trafficking, or human trafficking, involves the use of violence, fraud or coercion to lure women, men and children into forced labor or commercial sexual exploitation.

That same year, Charleston found a Washington, D.C.-based law firm willing to take her on as a client for free to help clear her record. The process, she said, involved having to “basically stand trial” all over again, and “prove my innocence in each individual charge.”

It’s been just over a year since former Gov. Ralph Northam signed House Bill 2234, dubbed “Monica’s Law” by Smithfield High School students who worked alongside Del. Emily Brewer, R-Isle of Wight, to lobby for a change to how sex trafficking victims are treated under Virginia’s criminal justice system.

The bill, which became law on March 24, 2021, provides victims of human sex trafficking an “affirmative defense” if charged with “prostitution” or “keeping, residing in, or frequenting a bawdy place.”

According to the Virginia Department of Criminal Justice Services’ 2020-21 report on human trafficking, arrests and sentencing for prostitution-related crimes “appear to focus on individual buyers and sellers rather than traffickers” despite the introduction of earlier laws targeting commercial sex trafficking, though data related to juvenile arrests for prostitution and/or trafficking “shows that these arrests have decreased entirely.”

Virginia’s last juvenile prostitution arrest, according to the DCJS report, occurred in 2019. From July 1, 2020, through June 30, 2021, 38 children, most between the ages of 12-17 and more than half in foster care, were identified by local social services departments as victims of sex trafficking.

In 2020, there were 139 adults arrested on prostitution charges. Another 129 faced charges of “assisting or promoting prostitution.” Only nine adults faced “human trafficking – commercial sex acts” charges, a figure the state only began reporting in 2019.

“Passing this legislation was critical because many human trafficking victims are afraid to come forward for fear of prosecution,” Brewer said.

After Ployd invited Charleston to speak to his class, he asked his students to draft a mock bill aimed at protecting human trafficking victims.

Among them was Macy Camper, now Macy Davenport, a 2019 SHS graduate who’s become much more cautious as a new wife and mother since hearing Charleston’s story.

“It could happen to me at any moment … . I wasn’t aware of truly how bad it is for the women and men, everybody who ends up being trafficked,” Davenport said. “Hearing Monica’s story really was an eye-opener.”

Her class’ goal, Davenport said, was to create a law that would “save all of the survivors and victims that are still being held accountable in law for something they had zero control over.”

Charleston has returned to Ployd’s classroom every semester since to share her story with his newest students and watch them continue their predecessors’ work.

One class even traveled with her one year back to Philadelphia for a presentation at Temple University.

“We’ve traveled to Richmond, of course, and lobbied for ‘Monica’s Law;’ they’ve done a lot of work towards this,” Charleston said.

When Brewer’s bill passed in 2021, Charleston was overjoyed.

Charleston now has her GED diploma and is close to earning her bachelor’s degree. She has also reunited with her children, and now has three grandsons and a 1-month-old granddaughter.

“All three of my daughters have been to college,” Charleston said.

But her trafficker still isn’t behind bars.

“He did time for another girl behind me … but not for me,” Charleston said.

While her own “guilt is now gone,” Charleston said, survivors still need “meaningful, mindful rehabilitation” to “try to get those things that were taken from us back, and move forward.”

“This is different from anything else. … We need a voice, we need understanding, and we need grace, we need a chance,” Charleston said.