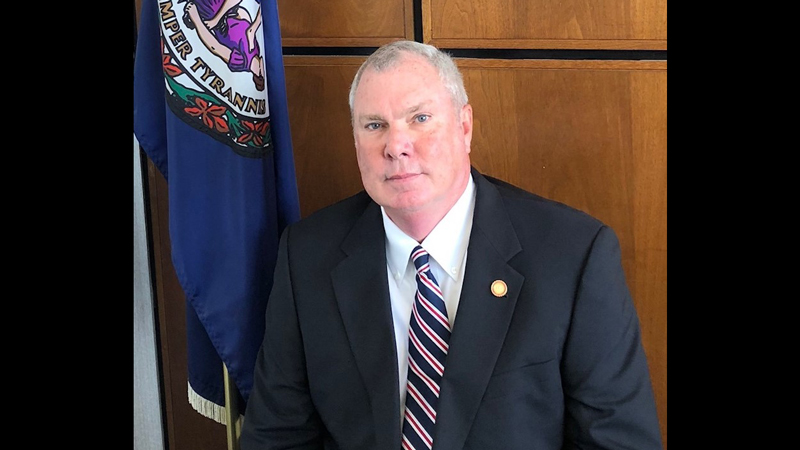 Steve Bowman is one of five candidates running for four available seats on Smithfield’s Town Council in the Nov. 8 election. The Smithfield Times asked each candidate to answer seven questions.

1. Can you briefly summarize why you decided to run for office?

I truly love this town that I have called home since 1982. I have demonstrated this commitment by serving as a town police officer, Virginia state trooper, county chief deputy sheriff and as chief of police. I have also served as the deputy chief and chief of the Virginia Marine Police before serving under three governors as commissioner of Marine Resources. Public service has been my life. My experience serving at the highest level of state government coupled with my higher education (Bachelor of Science degree in governmental administration from Christopher Newport University) uniquely qualifies me for the position. I can now continue to help govern by my service as a member of the Town Council. Bottom line is my love for the town and its people are the reasons I am running for council.

2. What should be Smithfield’s top priority right now?

Smithfield’s top priority at this time should be the efficient management of residential growth. I believe that the considerations to be made for future expansions relate directly to compatibility and capacity. Compatibility to ensure that adherence to the comprehensive plan, to the best extent practicable, is maintained to afford the citizens a right of expectation for future adjoining development. Capacity to ensure that the existing citizens are assured their public services are not diminished or overwhelmed by development that the tax base cannot sustain. We must be very careful that we do not burden our taxpayers with overdevelopment that does not ultimately pay its way.

I would like to see our local government engage in closer collaboration with our county and state partners. As a former state agency head who managed a department that had an annual budget of over $33 million and over 160 employees, I had an opportunity to work very closely with the General Assembly and municipal governments. As a town, we must be resourceful in pursuing every available dollar for programs and especially economic development.

I believe that the town should contribute funds for a new farmers market. Many Saturdays I have visited the current market located in the Bank of Southside Virginia parking lot. I have seen the excitement of vendors and customers engaging not only in simple sales transactions but in genuine care for one another — a true Smithfield tradition. Let’s be realistic. That venue will likely not be there forever. With this opportunity to build a state-of-the-art facility in an area that will expand the reaches of the downtown shopping area, we would be less than diligent in futuristic planning if we did not proceed.

5. How big of a priority do you consider the completion of Smithfield’s town-funded portion of the park-to-park bicycle and pedestrian trail, and how much local money should be put toward the project?

I believe that South Church Street must be improved to three lanes as soon as possible. Along with this expansion, I believe a multiuse lane that accommodates pedestrians and connects the bike pathway should be part of the plan. I would pursue this plan very aggressively to improve the conditions for all. How much I would be willing to support allocating toward this project would be dependent on design and build-out bids. Keep in mind, this is State Route 10 Business Route as well as South Church Street. Many motorists other than Smithfield residents use this main artery daily. Under the Smart Scale initiative, a program of the Virginia Department of Transportation that provides funding, the entire project could be paid for without utilizing town funds. I would prefer that method.

6. Should Smithfield make the temporary 13-cent car tax rate reduction it adopted in June permanent, reduce the rate further, or restore it to the prior year’s rate of $1 per $100?

I firmly believe that the town and county acted appropriately when they temporarily reduced the tax rates based on an economic anomaly. That anomaly artificially inflated the value of used vehicles in a time of economic downturn. That said, I believe that both entities should continue to monitor the state of the used car market as well as the true needs of the respective governments. At this time, I believe the reduction should be maintained.

The Smithfield Lake is truly a location of scenic beauty. As the former Commissioner of Marine Resources, I have a deep appreciation for the environment. However, as with almost everything comes cost considerations, short and long term. And these types of considerations keep decision-makers awake at night. The question posed deals with “restoration” of the dam. What is true restoration when policymakers change rules for dam safety after a locality has spent a significant amount of money only to have to revisit the issue? And spend more money addressing the new regulations. These are the two sides of the issue that deserve more consideration. While I usually have a definitive answer, I believe this issue deserves more study.