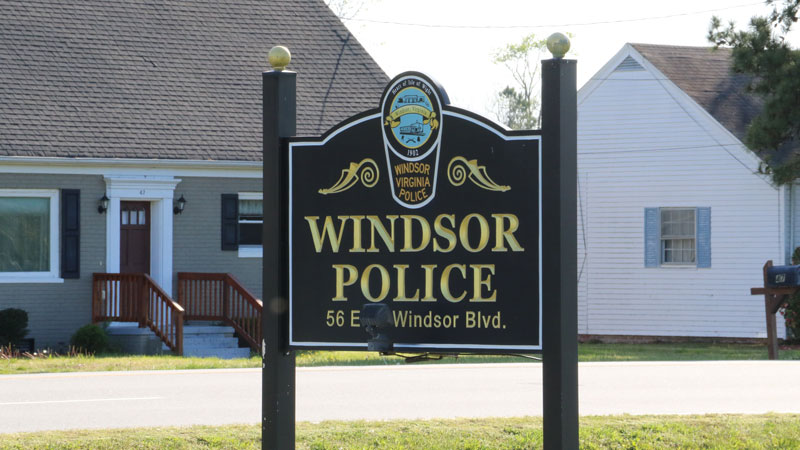 A state lawsuit alleging systemic racism within Windsor’s police department is on the docket for an Oct. 6 pretrial hearing.

Former Virginia Attorney General Mark Herring, a Democrat, alleged in a complaint in December that a months-long investigation had “revealed disturbing evidence” that Windsor’s Police Department repeatedly “operated in a way that led to discrimination against African Americans.” Herring’s term in office ended in January, when the case was inherited by his Republican successor, Jason Miyares.

Herring accused the WPD of violating Virginia’s Human Rights Act via “unlawful race based discrimination” in a “place of public accommodation,” and of an “unlawful pattern or practice of conduct” by disproportionately stopping Black motorists. The December filing contended Black drivers had accounted for 42% of the WPD’s traffic stops from July 1, 2020, through Sept. 30, 2021, though Black people account for only 21% of the town’s population, and just 22% of Isle of Wight County’s.

Windsor disputed the former attorney general’s claims in its January response, though the matter is now likely moot. Assistant attorneys general appointed by Miyares to take over the case submitted a revised complaint in August that removes the allegation but continues to accuse WPD of a pattern of wrongdoing.

Shockley, according to his LinkedIn profile, joined Miyares’ administration in May after working as a prosecutor in two Virginia counties and, most recently, as a criminal defense attorney with the Lynchburg-based AR Pike Law Firm.

Berky, according to her LinkedIn profile, joined Miyares’ administration in January after specializing in “complex business litigation at the trial and appellate level” for the nationwide Troutman Pepper law firm.

The August filing the three attorneys submitted maintains Herring’s contention that the WPD has engaged in an “unlawful pattern or practice of conduct” that “deprives persons of rights, privileges or immunities protected by the Fourth Amendment to the U.S. Constitution” in violation of Virginia Code 2.2-511.1, which governs public integrity by law enforcement.

Herring’s investigation and subsequent lawsuit had been precipitated by the release of viral video footage showing WPD Officer Daniel Crocker and ex-officer Joe Gutierrez holding Army 2nd Lt. Caron Nazario at gunpoint during a Dec. 5, 2020, traffic stop while the two shout conflicting commands at him to keep his hands out of his car’s window and exit the vehicle. The footage culminates with Gutierrez repeatedly pepper-spraying Nazario and using knee strikes to force the lieutenant out of the car and onto the ground.

Crocker had pulled Nazario over for allegedly lacking a rear license plate. Gutierrez responded to the scene when Crocker reported a “felony traffic stop” to dispatchers. Nazario had a temporary New York plate taped to the inside of his car’s rear window, but the officers said they didn’t see it and accused the lieutenant of eluding police for having driven roughly a mile down Route 460 to a BP gas station before stopping.

The August filing contends the town to be liable for having hired Gutierrez on June 15, 2020, and subsequently promoted him to train other officers, Crocker among them, despite Gutierrez’s pre-employment background check having revealed a history of excessive force complaints against him.

According to the August filing, Windsor Police Chief Rodney “Dan” Riddle learned from the background check that Gutierrez had received a one-day suspension for his use of force in 2014 while employed with the U.S. Department of Defense and had retained an internal affairs report on Gutierrez from his previous tenure as an auxiliary WPD officer in 2015.

The 2015 use-of-force complaint, according to the August court filing, was dismissed due to the complaining driver having not returned phone calls from internal affairs, though “the incident was witnessed by a ride-along passenger.” The background check also revealed a third incident from 2019 during which Gutierrez received a 10-day suspension from his employment with the Isle of Wight County Sheriff’s Office for his use of force on a suspect accused of driving under the influence.

The August filing further takes issue with Crocker’s having reported the Nazario incident as a “felony traffic stop,” despite the town’s policy specifying that officers are to only follow felony stop procedures when “occupants are known to be armed and dangerous” or “when a vehicle is driven by a known or suspected felon.”

Windsor submitted its own filing on Sept. 7 in response to the amended complaint, contending that “sovereign immunity” makes the town “immune from liability for a police officer’s negligence in the performance of his duties.”

The town, which has retained Richmond-based attorney John Conrad in addition to representation by Town Attorney Fred Taylor, further contends that the entirety of the state’s complaint is now “based upon only one incident, the Nazario incident” and can’t constitute a pattern.

Virginia’s Office of the Attorney General, in a Sept. 22 brief in opposition to the town’s latest filing, argues sovereign immunity only protects Virginia as the “sovereign.” As such, since Virginia has “consented to” the pending state-level lawsuit, Windsor “may not assert immunity against the sovereign that is the very source of the Town’s limited immunity.”

A “pattern or practice may be established by proof that the defendant had a policy that deprived individuals of their rights,” the Sept. 22 brief further contends, with the government’s burden being to establish that discrimination is “standard operating procedure.”