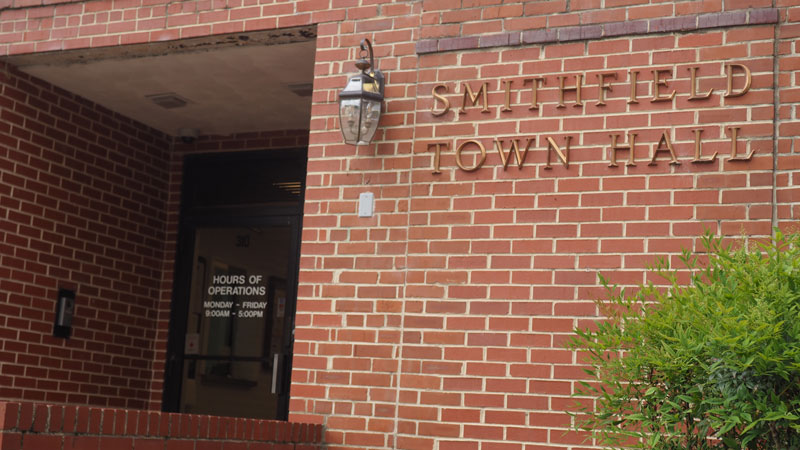 The town of Smithfield and Surry County have each extended the deadline for paying real estate and personal property taxes.

Smithfield Treasurer Ellen Minga reported at a Nov. 26 meeting of the Town Council’s finance committee that real estate bills had been mailed Nov. 16, but car tax bills hadn’t gone out as of that date.

“We always try to allow a month (for residents to pay their bills),” Minga said.

She anticipated the car tax bills would be mailed by the week of Dec. 5-9 if not sooner.

Surry County Administrator Melissa Rollins said at the Board of Supervisors’ Dec. 1 meeting that Surry’s delay was intended to give residents a grace period in light of inflated real estate and car tax valuations.

Surry lowered its real estate tax from last year’s rate of 77 cents per $100 in valuation to the current 72-cent rate in June after some taxpayers reported seeing five- and six-figure increases in the valuation of their homes, but supervisors left the car tax rate at $4 per $100 despite a similar nationwide rise in used vehicle values.

Smithfield, in June, lowered its car tax from last year’s rate of $1 per $100 to the current 87 cents to mirror a 13% car tax rate reduction Isle of Wight County had authorized in March to adjust for the inflated vehicle values. The town and county, however, each left their real estate rates – 19 cents per $100 in Smithfield and 85 cents per $100 in Isle of Wight – unchanged. Smithfield residents pay real estate and car taxes to both the town and the county.

Isle of Wight saw a similar delay in mailing its real estate and car tax bills last month but opted to leave the Dec. 5 payment deadline unchanged. According to Assistant County Administrator Don Robertson, the county provided billing information to a third-party vendor in October, but the mailing was delayed due to issues on the vendor’s end. Isle of Wight’s real estate and stormwater bills for the first half of the 2022-23 fiscal year and car tax bills for the second half of the 2022 calendar year were mailed Nov. 4.