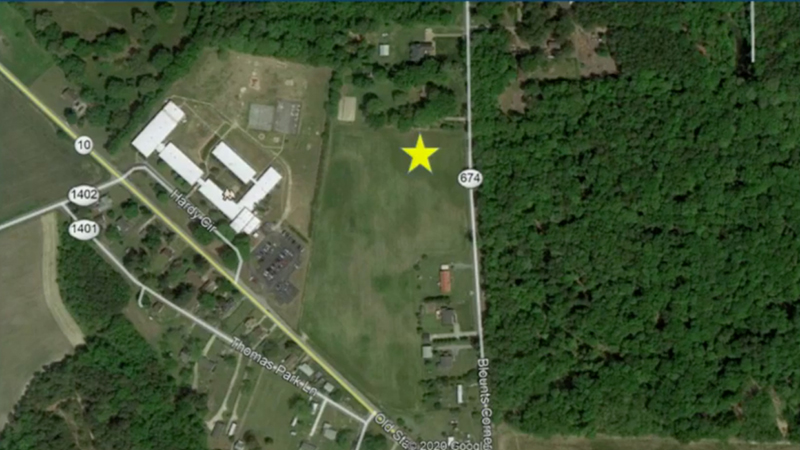 Isle of Wight County’s Board of Supervisors on July 16 granted the Hampton Roads Sanitation District a conditional use permit to construct a regional pump station and 1-million-gallon storage tank on land near Hardy Elementary School.

The project will also serve the new Hardy Elementary, which is to be built that same year, and allow for future growth in Isle of Wight’s Hardy District, much of which is currently dependent on individual septic systems. Per the terms of the permit, the pump station and tank will be built to match the architectural style of the new school and be surrounded by a landscape buffer.

“We’ve been challenged to find the best location for this pump station; no one wants a pump station in their backyard, but it’s an important asset that serves the region and the community,” said Bruce Husselbee, HRSD’s director of engineering.

Prior to voting on the permit, the Board held a public hearing on the matter. Miles Blount, who lives on the road where the pump station is to be built, took the opportunity to ask if there was any possibility wastewater could leech out of the station or the tank and potentially contaminate residents’ wells.

“A lot of us have lived there all our lives,” he said. “The house that’s next to the property is where I was raised. My parents have been there forever. We’re counting on you guys to make sure it’s done properly.”

HRSD officials say the 1-million-gallon tank isn’t proposed to be built at this time, but would be made of reinforced concrete, making the likelihood of an undetectable leak very low. When built, the tank will store rainwater and wastewater during peak flows, and then leach that water into the sewer system over time to prevent overflows.

“Ninety-five-percent of the time this tank is empty,” Husselbee said.

The pump station will have an activated carbon system for odor control. HRSD plans to host a community meeting for Hardy District residents at a future date when the aesthetic designs for the facility can be presented.
Plans to retire Surry’s wastewater treatment plant date to 2010 when the town entered into a consent order with the Virginia Department of Environmental Quality. In 2017, the town transferred ownership and operation of the plant to HRSD.