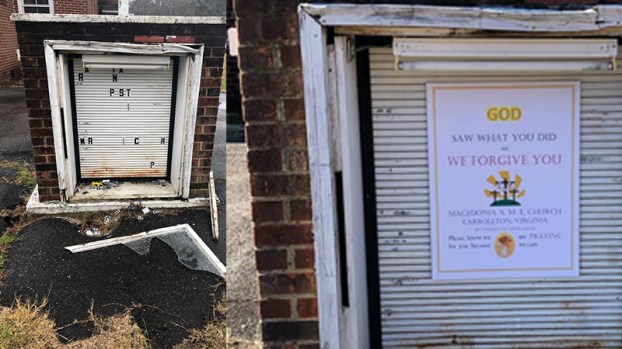 According to Capt. Tommy Potter, spokesman for the Isle of Wight County Sheriff’s Office, the incident was reported Jan. 8. No arrests have been made.

While the church has a majority Black congregation, Potter said there’s no evidence at the moment to suggest the vandalism was racially motivated.

The church has since hung a new message from the vandalized sign, which reads, “God saw what you did and we forgive you … Please know we are praying for you because we care.”

As it was for local businesses and at many churches, 2020 was a year of reckoning at Christ Episcopal Church.... read more

Find out what’s in your (well) water

IW school board meeting this week