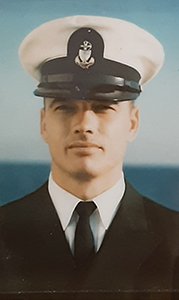 Dudley Ware Coffey passed away on Wednesday, April 7, 2021, after a long battle with Parkinson’s disease. He was born to Haymond and Louise Coffey on June 6, 1935, in Fitzgerald, Ga. He had an older brother and sister, Sonny and Rose, and a twin sister, Della. At the young age of 14, Dudley left school and made his way to Florida, where for three years he lived and worked on a ranch, drove a cement truck, and performed numerous odd jobs to support himself. He returned to Fitzgerald when he was 17 to help his dad work a newly purchased farm.

Dudley met the love of his life, Wanda Howard, at the young age of 18, and they married later that year in 1954. They raised two girls along with numerous female cats and dogs. Dudley never had a chance. He remained outnumbered and out-voted throughout his 66 years of marriage, but it was his own fault. He taught his girls equality for all. His marriage and his family remained his number one priority throughout his life, and he epitomized the hard-working, self-sacrificing family man.

Dudley joined the U.S. Coast Guard in 1955 and served faithfully until retiring after 28 years. During his military career, he served aboard several CG Cutters including the Ingham, the Unimak, and the Alert, and a buoy tender, the Sassafras, while stationed in Cape May, N.J. He served in the search and rescue air station during his posting to Governor’s Island, N.Y., and was the commanding officer for the USCGC Cuyahoga, an Active-class patrol boat, training officer candidates in ship handling while stationed in Yorktown. One of his favorite posts was his final one in Arcada, Calif., where, as a Chief Warrant Officer, 4th Class, he tended active lighthouses up and down the California coast.

Retirement from the Coast Guard brought Dudley back to Newport News…or rather, the first grandchild resulted in his retirement and brought him back east. Although he missed his career, he quickly discovered that being a Papa was even better than being a Dad.

A memorial service in celebration of Dudley’s life will be held at a later time. In lieu of flowers, donations to The Parkinson’s Foundation, 200 SE 1st St., Suite 800, Miami, FL 33131 (https://www.parkinson.org) or the charity of your choice may be made in his memory.

Andrea Kaye Lyles Pruitt, 76, of Carrollton, passed away on Tuesday, April 6, 2021. She was the daughter of the... read more