On Aug. 27, he traveled to the county to attend a ribbon-cutting ceremony for the “Ruralband Community Education Room” in Surry’s community center on Enos Farm Drive.

As the “middle mile” provider, Dominion has been updating its energy grid in the county and allowing Ruralband to lease the new infrastructure and use it to provide fiber-to-the-home connections. The 16-month partnership, funded by a $2.25 million Virginia Telecommunications Initiative (VATI) grant and a local match from the county, should be complete by the end of October, according to the co-op’s chief executive officer, Casey Logan.

“By Halloween this year, all 4,100 homes and businesses in the county will have broadband available to them,” Logan said.

The Ruralband Community Education Room, which is open to the public inside Surry’s community center, he said, will serve a similar purpose to when Prince George Electric and other co-ops created “cooperative kitchens” in the 1950s. These were essentially showrooms to demonstrate to residents who had lived most of their lives without electricity the benefits of connecting their homes to the power grid, such as being able to use electric refrigerators and stoves.

But instead of a kitchen, this time it’s a living room — one equipped with a flat-screen television with streaming capabilities. It’s intended to allow Surry residents who have lived without broadband for most of their lives to see what a broadband-equipped living room can do.

Broadband is a “necessity now in the year 2021,” Northam said, “whether it be access to health care or access to education or business opportunities.”

Northam estimated that, in January 2018 when he first took office, there were roughly 600,000-plus Virginia families and businesses that didn’t have access to broadband, and only $4 million was being put into the state’s budget annually for broadband expansion.

“When our administration started, we knew that access to broadband for all Virginians was important,” Northam said.

During the 2019 budget cycle, he said he’d asked that the amount for the VATI program be raised to $50 million, but ended up compromising at $19 million.

In September 2020, when the majority of Hampton Roads school divisions were still offering online-only instruction in light of the pandemic, a report by the State Council of Higher Education for Virginia found one in five Virginia K-12 and college students lacked high-speed internet or a computer in the home. Last month, Northam announced $700 million in federal funds from the American Rescue Plan to achieve universal broadband access statewide by 2024.

Estimating 233,500 Virginia households and businesses still lack access to high-speed internet, “This is a major victory for rural southside Virginia,” said state Sen. L. Louise Lucas, whose 18th District includes parts of Surry, Isle of Wight and Southampton counties, as well as parts of the cities of Franklin and Suffolk.

“Our kids are put at a disadvantage when they don’t have access,” said Dominion Energy President Edward Baine. “During the pandemic, the virtual learning, applying to colleges, all of those things, it matters, and we need to make sure that everybody in the commonwealth has a level playing field. … We have created a blueprint for the rest of the commonwealth right here in Surry, Virginia. It’s something to be proud of.”

Surry County Administrator thanked Logan and Baine for their support, and gave recognition to Surry’s Board of Supervisors for agreeing to the required local match for the VATI funds.

“We are making waves here in Surry County, making it possible for a much better and brighter community through broadband for all,” she said.

More snow on the way tonight 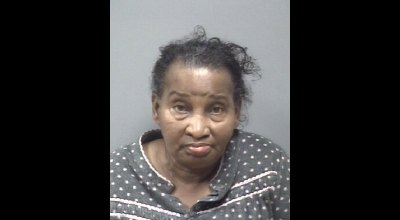