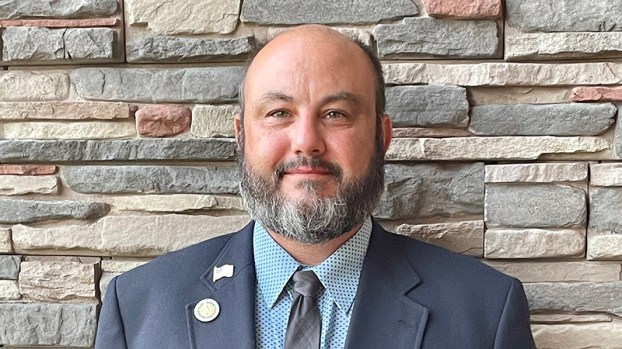 Can you briefly summarize why you decided to run for School Board?

I am a Navy veteran and my wife is currently in her 28th year teaching. Two of my children have already gone through the Isle of Wight County Schools system and my youngest just completed 8th grade at Georgie D. Tyler Middle School. Our family has a passion for education and a dedication to service and what I have observed happening inside our county has given me great concern.

The groundbreaking of a new Hardy Elementary was supposed to begin in March of this year but has been delayed twice, and the estimated cost, originally thought to be around $27 million, had risen to $34 million – the entirety of what the county borrowed last year – as of June. The county’s estimate of the cost to buy water from Smithfield for the school has also nearly doubled from $2.2 million to $4.29 million, and the school now isn’t slated to open until 2023. Do you feel building a new school as opposed to renovating the existing one or postponing the project is still the right way to go?

I have several decades of experience in building and maintaining government and complex multifunction facilities. I am absolutely in favor of constructing a new facility! The public has already stated their agreement with a new facility, and being able to increase capacity and functionality of the facility while reducing the annual operational cost and overall life cycle cost of this facility will ultimately benefit the county taxpayer.

Same question for replacing Westside Elementary, which is currently grades 4-6, with a new middle school for grades 5-7 and making the current Smithfield Middle/High complex grades 8-12. Replacing westside was budgeted in the current IWCS capital improvements plan at $28 million, with the first round of funding in the 2022-2023 school year, but now is anticipated to cost at least $40 million. Is replacement rather than a renovation or postponing the project the right way to go?

I would strongly encourage the postponement of trying to tackle two new construction projects simultaneously with a current board that has yet to control the escalation of costs on the Hardy Project. I would like to see a successful completion of the current Hardy School and use the lessons learned from that project to help guide decisions for the Westside replacement. A renovation of an occupied facility is very detrimental to the students as well as the staff and the short window of availability to execute any repair or renovation is just not practical to attempt during the brief time that the school is unoccupied.

Isle of Wight’s School Board voted on Aug. 12 to rely on the division’s existing nondiscrimination policies and simply add a legal reference to the state’s new transgender protections law, Virginia Code 22.1-23.3, and make other minor changes rather than adopt the Virginia Department of Education’s model transgender policies. The vote came 10 days after the division received a memo from the state warning superintendents that relying on existing nondiscrimination language could put them in danger of noncompliance with the law and open them up to lawsuits. Did Isle of Wight’s School Board make the right decision the day of the vote? If not, what action do you wish the Board had taken?

I believe that the current division policies satisfactorily covered the rights of individuals and should have been left unamended. I am not in agreement with the proposed model policies as they are presented by the VDOE. The VDOE is not an elected (and thereby a representative republic) but an appointed body that is influenced by political party agendas far more than the setting of educational standards to enforce basics of reading, writing and math.

In Virginia, political party affiliations aren’t shown on the ballot for any elected office below the state level. Since you both have identified as independent candidates, can you explain why you believe bringing political parties into a traditionally nonpartisan local office will help or hurt the School Board’s ability to function?

The primary goal of the school board member is to have the best interest of the student in mind. The school board is to function as a unified body in purpose and execution. While we are all shaped by our experiences, spiritual beliefs, relationships and even political affiliations, these are a personal choice and do have influence over our decisions, but the primary focus needs to remain on the end product, which is our students. Partisan politics are not harmonious with this because politics will always try to achieve its own agenda if even detrimental or at the cost of those who become subjugated to them.

Critical Race Theory argues American law and institutions have perpetuated social, economic and political inequalities among minority groups. Can you explain why you do or don’t believe Critical Race Theory is influencing Isle of Wight County Schools’ curriculum?

I do believe the tenants of CRT have been already indoctrinated into the VDOE and pushed down to local school divisions and IWCS is no exception. This ideology is nothing other than Marxist and anti-American with only one goal in mind and that is division. As early as last year, my own child brought home very questionable homework from a Spanish class that was not interested in teaching the reading or writing or even conversational skills but the majority of the lessons were about the culture and emphasizing the differences between that culture and how American capitalism was bad and racist.

Isle of Wight’s 2021 SOL data showed some increasing disparities in student performance among different demographics. For example, on the reading SOL, Isle of Wight’s 2021 pass rate was 23 percentage points lower for Black students than white students. When the test was last given in 2019, the gap was 19 points. Further, only 34% of students with disabilities passed the reading SOL compared to the division’s overall 73% pass rate. How do you, as a school board member, plan to help close those gaps?

As an engineer who analyzes data in my current profession, numbers can be manipulated to help support whatever justification you are trying to achieve. Ultimately, the VDOE should be looking at growth far more than the single test score because that is more reflective of the education actually received. As a school board member, I would support anything that would enable the teacher(s) to concentrate on actually educating and minimize the ancillary duties and responsibilities which do not directly impact the classroom learning.

Overall, Isle of Wight saw 7- to 22-point drops in the percentage of students who passed the reading, math and science SOLs in 2021 compared to 2019. What can Isle of Wight do better this school year to improve student performance?

The pandemic has cost this generation way more than they can imagine. We as a nation are over 18 months into a two-week shutdown and its effect has undeniably cost everyone. In education adaptation and overcoming obstacles is not just a motto for our armed services but a creed which IWCS has excelled at. While other neighboring divisions were closing, our IWCS system was still meeting in person because our division realized the value of in-person teaching. I believe that IWCS has some of the most caring and deeply invested teachers who are passionate about their students and we as board members need to hear from them and listen to them because they are the ones who know their students.

Can you explain why you favor continuing or changing the School Board’s policy of keeping citizens’ comments to no more than 30 minutes without a vote by the board to extend the allotted time?

I would be in favor of revising the current policy. The 30-minute limit was instituted to allow the board to hear from the public in the past and was adequate for general board meetings. Now we have several highly volatile topics as well as very concerned citizens asking questions that cannot be heard in the current 30-minute time frame. The public has a right to be heard and has several options available to be heard other than just the monthly board meetings. Maybe when there are known issues and expected large public input, the School Board could elect to hold a special session to just hear those comments and not “add on” to the normal business meeting since the majority of the people leave right after the public speaking item on the agenda is over.

Should Isle of Wight join other school boards that have voted to defy Virginia’s universal mask mandate for K-12 schools?

The school board takes an oath to uphold the law. Lawyers can interpret the law, but school boards cannot. A mandate, however, is a political scheme deployed to bypass the normal legislative process in the name of expediency and at the cost of freedom and rights. Currently, I have not seen any verifiable data or even cases where masks inhibited the transmission of COVID in children or any evidence of children transmitting COVID in IWCS. I would say that this mask mandate simply does not have data supporting the requirement and would have voted to defy this for IWCS.

Editor’s note: Superintendent Jim Thornton told the School Board in July that “the only spread we had in school was, I believe it was the football team and the girls volleyball team at Windsor High School” during the 2020-21 school year. https://www.smithfieldtimes.com/2021/08/06/it-appears-to-be-out-of-our-hands-iw-schools-now-plan-to-defer-to-state-on-mask-wearing/

Are there any COVID-19 precautions not currently in place for Isle of Wight County Schools that you feel should be in place? (Ex: assigned seating to allow for easier contact tracing should there be an outbreak, as Surry is doing)

I am confident that our schools will assess current procedures to mitigate students risks of COVID exposure and provide a safe and healthy learning environment. School board members are tasked with ensuring this by their own policies and must diligently work with the superintendent to ensure that these measures are effective and continually evaluated as warranted.