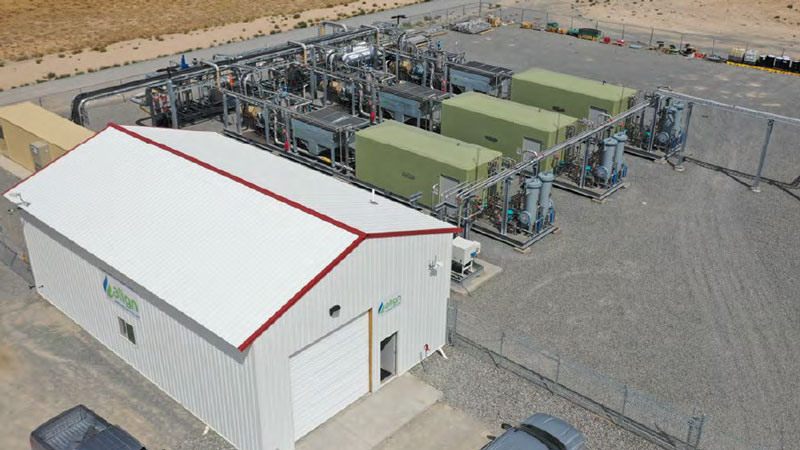 Surry’s Planning Commission voted unanimously on Sept. 27 to delay making a decision for 60 days on a proposed natural gas project.

Align RNG, a joint venture of Dominion Energy and Smithfield Foods, wants to build a regional facility off Route 31 that would turn methane from hog manure into pipeline-quality renewable natural gas. The plant would process the raw biogas — delivered via pipelines from participating farms in Sussex, Surry, Isle of Wight and Southampton counties — and employ two workers in Surry County, according to a report by the county’s planning and zoning staff.

When hog manure breaks down, it emits methane, a component of natural gas which is also a greenhouse gas. Currently, this methane is emitted into the atmosphere, but can be captured through the use of covered lagoons and an anaerobic digester, according to company officials. They say the resulting reduction in greenhouse gas emissions from participating farms should be roughly equivalent to taking more than 22,000 vehicles off the road.

TRC Environmental Corp. has filed for a conditional use permit on behalf of Align for the agricultural-zoned, 22.8-acre parcel at Surry’s border with Sussex County. But some Surry residents spoke in opposition to the proposal at the Sept. 27 public hearing.

“The smell of sulfur will destroy the value of my property … I ask, I beg, anything I can do, deny this permit; make this go away,” said Tommy Lindsay, who lives less than a quarter mile from the proposed site.

According to Becky Kiss, gas business development manager for Dominion Energy, when the raw biogas arrives at the proposed regional processing facility, it will go through a unit that removes most of the sulfur, resulting in “no detectable odors.”

But there’s limited data available for these types of facilities, as this would be the first of its kind in Virginia. In fact, there’s only one other Align RNG facility operating in the United States at present, which is located in Utah about eight miles from the city of Milford, the closest populated area.

“There’s nobody around, so how do you know how the residents are affected by it?” asked Susan Corvello, who lives within a 10-mile radius of the proposed Surry County site.

Unless you “go live out there, 600 feet, 500 feet away from this plant, you’re not going to get that answer,” she added.

“If it’s going to upset the people as far as living in the area … I’m a no vote,” said Commissioner William Seward.

But the commissioners who had asked for additional information, specifically the number of trucks that would be visiting the site to haul away the extracted sulfur, proposed deferring action and allowing the applicants to return with those details. The applicants asked that they be allowed to return sooner if possible, but reluctantly agreed to the 60-day deferral.