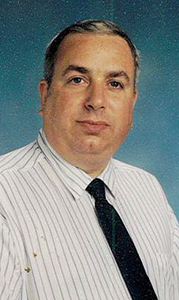 Arthur was a truly special man, a husband, life partner, a friend to many, a father, grandfather, great-grandfather, a mentor, a leader, and a man of his word. He was generous to a fault with compassion for others that was unmatched. He never knew a stranger and was able to recall names, faces and the smallest details of all those he had met.

Arthur grew up in Hanover, Pennsylvania, where he graduated from Southwestern High School. He continued to York College and received his associate degree. At Millersville University, Arthur graduated with a bachelor’s and master’s in education and counseling. He later received his advanced graduate degree from William & Mary University. He earned his certification in counseling for Pre-K through 12. He spent his life dedicated to the investment of children through being a school guidance counselor. Arthur was devoted to the children he served and the work he loved. He retired from Isle of Wight County Schools.

Arthur joined the Army, where he honorably served his country that he loved. While serving, he met Susanne in 1971 in Colorado Springs. Six months later on Dec. 18, 1971, Arthur and Susanne married in Hanover and started their 49-year marriage of love, compassion and partnership through all that life had to offer. He was the most loving, charming, giving and selfless husband that any woman could dream of. Arthur was and will always be Susanne’s Honey-Man, Prince Charming, Best Friend and Loving Husband.

Arthur and Susanne later blessed two little girls (Artura and Marguerite) by adopting them within seven months of each other to a loving family. Both started with a phone call sight unseen in the middle of the night, ending with “Bring My Daughter Home.” Later, he was blessed with a daughter (Nichole) and son (Joshua) that were gifts from God to this couple. He also brought under his family wing Ralf Hofmann (Sarina), from Australia that became part of his wonderful family. Arthur was a father that provided all the love, character, safety and humor for his children. He solidified a strong, morally driven work ethic through example for his family.

Arthur was loved for the amazing husband, father, brother, mentor and friend that he was. He will be missed but never forgotten. We take peace that he is with Our Heavenly Father.

Online condolences may be registered at www.littlesfuneralhome.com.