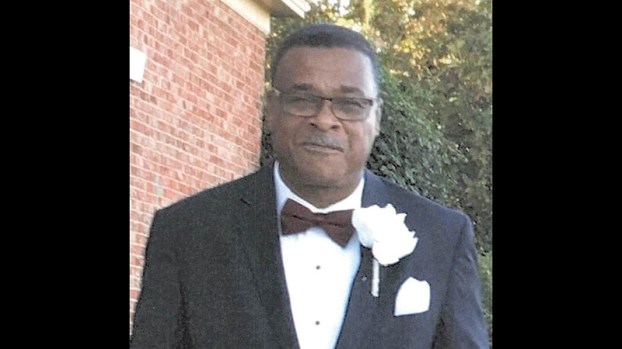 Rudolph Jefferson is running unopposed for reelection to the Hardy District seat on the Isle of Wight County Board of Supervisors.

Hardy Elementary School is not a want, but a necessity to provide the teachers, students, parents and other staff the ability to provide equity, as the other most recently built schools with the most updated features and technology. As a child, I attended Hardy Elementary. I am now 68 years of age, whereas Hardy cannot function and provide all the services required to inspire and educate or motivate our teachers and kids in that current environment. The cost of the school and water will only increase with time, due to the high cost of material, labor shortages and other factors inclusive in the construction phase. Our staff is doing all in reason to reduce cost, but should not stop the project if the county can afford to pay the cost. I truly support the construction of a new Hardy school in the year 2021.

We will provide more information about Westside Elementary after finalizing the contract for Hardy Elementary. A new Hardy school could provide relief to Westside. I will support the construction of a new Westside Elementary School. Westside is an aged facility and doesn’t provide equity to our staff, students and others using the facility.

As you are aware, many projects were approved years ago. Due to the market in 2008, many projects were postponed. With a booming market, many developers want to take advantage of the current market. The Service District is where the county had invested funds for many years. The developments offer an opportunity to get a return on our investment. If you review the consensus report versus the growth rate, it is only a 2% difference. The developers have been considerate with the proposal reduction of density. I support the building of affordable housing that meets the salary demands of our county workforce, teachers, and meat processing and other workers in Isle of Wight County.

As a board member, I respect the rights of citizens and county employees. Currently Isle of Wight County is in a crisis and at high risk for COVID-19 infections. I support the vaccinations, masking and personal hygiene requirement. As a board member, we are to provide a safe and secure workplace for all employees. If a person chooses not to be vaccinated, I support the weekly testing at the county’s expense within CDC requirements.

COVID-19 exposed the lack of equity to accessible broadband throughout the county and state of Virginia. The lack of access affected our students, teachers and many homeowners in Isle of Wight County. The America Rescue Plan funds made the goal more achievable. The county is seeking grants, utilizing stakeholders, and investing county funds to provide assurance that every home in the county will have the ability to have access to the internet. If desired, this is a great benefit to our county and those parents that work from home and homeschool their children.

Whether you are in a government meeting place, medical facility, park and or other public places, guns should not be allowed. Guns sometimes intimidate people. That results in bad decisions or misinformation. We have law enforcement officers to monitor these facilities when required. The presence of guns at these facilities increases the risk for decision makers being hurt due to the person’s decision that someone feels is inappropriate.

The DEQ provided ample notice that the ground water withdrawal permits would be reduced. The previous board had foresight to seek an alternative source of water for the citizens of Isle of Wight County. This water deal, although costly, will provide assurance of a source of water for years to come. Water rates, like many other utilities, increase to help pay for cost and maintenance of the source and system. This deal gave the county and towns the ability to trade water with overall cost affecting the user of the product. Hopefully with more users, the water rates should decrease in the near future.. Hopefully, we would soon be able to consume the amount of water we are paying for. I support and honor the current contract.

Frogs to know the town by

The Windsor Economic Development Authority is drawing from town history to create something memorable by which people can recognize the... read more