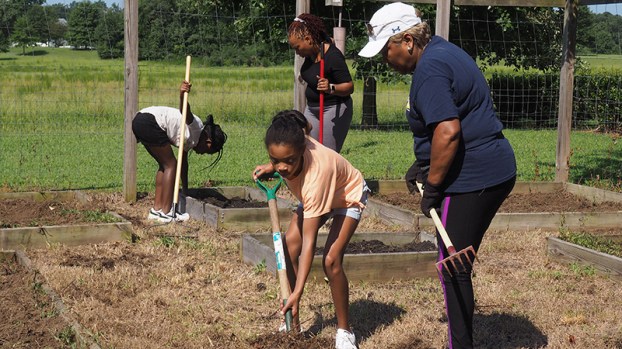 Ariane Williams’ daughter, Morgan, works with Valerie Butler to dispose of the weeds. 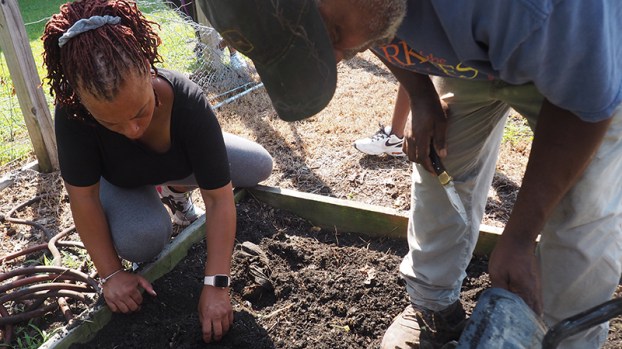 Ariane Williams and Jeremiah Williams pick through the remaining weeds in a bed. 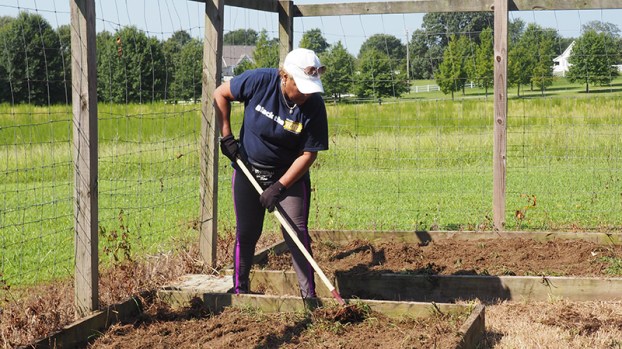 Valerie Butler rakes through the remaining weeds in a tilled bed. 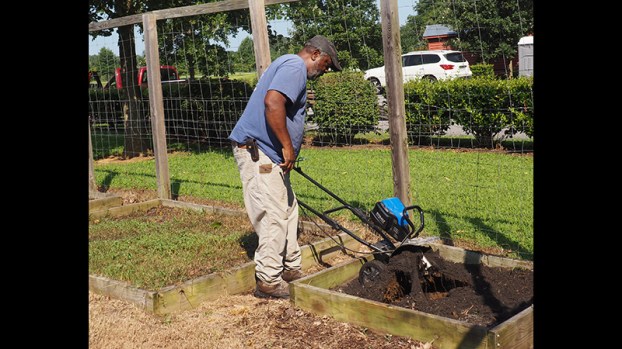 Jeremiah Williams uses a power tiller to loosen the soil. 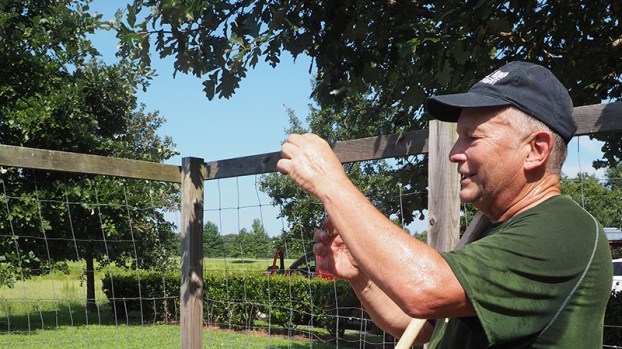 Michael Drewry advises the group on soil additives for growing the best produce. 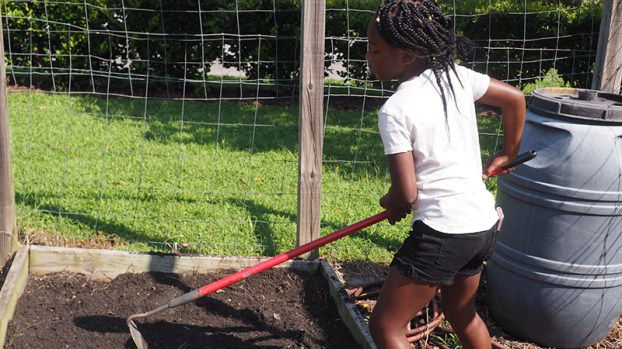 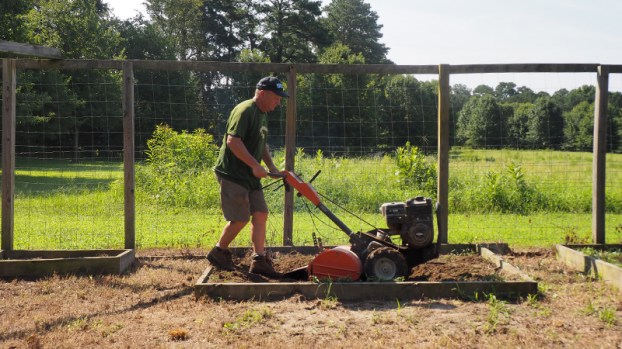 Ariane Williams has seen the unifying power of community gardens before.

For the past several months, the Carrollton resident has been working with a group of volunteers to start one in the city of Franklin at the Hayden Village Center, a former high school for African Americans during the days of segregation that’s since been converted into affordable housing for senior citizens. It’s intended to serve as a memorial to Della Hayden, the prominent early 20th century Black educator who’s the namesake of the former Hayden High School.

In the time it took to plan and plant that garden, she’s seen more than just fruits and vegetables start to grow.

“It just started to bring people together,” Williams said.

She’s also helped start one in Chesapeake, where she teaches.

Now, she’s hoping to do the same for Isle of Wight County, a community she sees as becoming increasingly polarized over race relations and the coronavirus pandemic.

“With all the things that we see going on in the news … we see so much division,” she said.

The site she’s picked for the Isle of Wight garden is one Smithfield Middle School students started some years ago but abandoned in 2020 in Windsor Castle Park near the kayak launch.

According to Lynn Briggs, spokeswoman for Isle of Wight County’s school system, the students were unable to maintain the space due to the COVID-19 pandemic as they had in previous years. Amy Novak, director of the town of Smithfield’s department of parks and recreation, then contacted Williams to ask if another group could maintain the garden site.

“My goal is to build a generation of planters within our community as a form of therapy,” Williams said. “I want to bring a positive, diverse change to Smithfield; a place where people can come together and plant change in a creative way.”

Her plan is for the garden to depict quotes on diversity and unity, with herbs, vegetables, painted rocks and flowers.

The morning of Aug. 23, Williams and a group of volunteers — among them Smithfield Town Councilwoman Valerie Butler, who also leads the county’s local NAACP chapter — were on site pulling weeds and tilling the soil in the planting beds.

Assisting the group that morning was Michael Drewry, a farmer from Surry County who also serves on that locality’s Board of Supervisors. He brought along gas-powered tillers and what’s known as a “flamer” for weeding.

The propane-powered tool is essentially a blowtorch that kills weeds by spraying fire across the ground. It’s more environmentally friendly than using herbicides, particularly if you intend to grow produce, Drewry said.

The group has been trying to schedule the work day for several months. It’s been canceled due to weather forecasts on more than one occasion, and earlier this year, the group had to cut its plans for the day short when one of the children volunteering was stung after she unearthed a hidden beehive.

“They came out of the ground,” Butler said.

But the bees have since disappeared.

“I don’t know if tilling the soil, you know, caused them to leave or what happened,” Butler said.

This time, Williams brought her daughters Morgan and Journey along to help.

“It’s really going to be a teaching lesson for children,” Butler said. “I mean, they go into the grocery store and they see fruits and vegetables already there, so this garden, when we get ready to plant, our game plan is to get them involved with that … so they can see how seeds pollinate and vegetables grow, how they go from farm to the grocery store. And we’re hoping that some of their families, that they can actually take some of their vegetables home.”

The group hasn’t announced a date yet for planting.