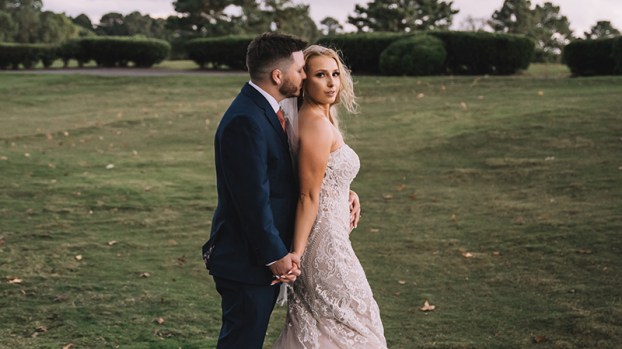 David and Kathy Robinson, of Smithfield, announce the marriage of their son, Marshall Robinson, to Danielle Schnepf, daughter of Craig and Kathy Schnepf of Newport News.

The wedding was held on Oct. 16, 2021, at Kiln Creek Golf Club & Resort in Newport News. The officiant was the bride’s brother, Kris Schnepf.

Given in marriage by her father, Danielle was attended by Elizabeth Williams as her maid of honor. Bridesmaids were Kiana Perez, Hailey Lemon and Allyssa Loving. Brynn Hewitt served as flower girl.

The bride graduated from Riverside School of Nursing and is a registered nurse in the emergency department at Sentara CarePlex Hospital in Hampton.

Marshall graduated from the Culinary Institute of Virginia. He is employed by Newport News Shipbuilding.

The couple will honeymoon at a later date.

Chairwoman Jackie Carr announced at the conclusion of the Isle of Wight County School Board’s Oct. 14 meeting that she... read more