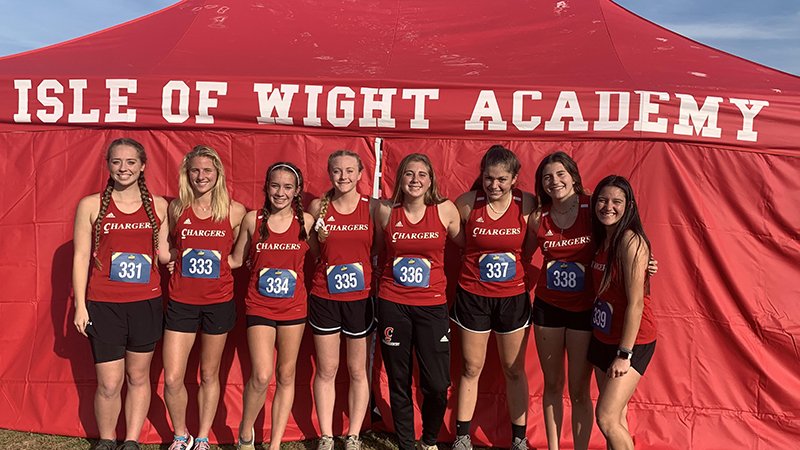 “The work that Hannah has put in this season and leading up to states is incredible and commendable,” IWA Head Coach Margarita Castillo said.

Edwards’ ultimate goal is to break the school record of 20:02 set by IWA alumna Kaelyn Hooker, a likelihood given her current personal record of 20:04.

“Running about 50 miles a week, a good diet, plenty of sleep, good stretching and learning to listen to her body have all been reasons for her success,” Castillo said.

Girls Division II race winner Maddie Gardiner, of The Covenant School, ran a sizzling time of 17:32. She finished more than a minute in front of her teammate, second-place finisher Reese Dalton.

IWA’s second-place team finish surprised many, Castillo said. In the walk-up to the state meet, analyses of race times from the season predicted a 10th-place finish. The school finished fourth two years ago.

“We had a lot of open mouths when they called our name,” the coach said. “We put our school on the map.”

The IWA girls volleyball team lost what is believed to be its first-ever state playoff game, 3-0, to The Covenant School on Tuesday, Nov. 9.

The Lady Chargers battled through a 25-14 first set, which would turn out to be the closest of the night. Covenant claimed the decisive games, 25-11 and 25-10.

“This season we had a good balance of talented athletes,” IWA Girls Volleyball Head Coach Jessica Brock said. “They worked hard and meshed together well. Our four seniors stepped up in big ways when we needed them. All four showed tremendous leadership, which is a big part of being successful.”

With the Lady Chargers lacking in tournament experience, Brock said Tuesday’s match represented a test of nerves for her team.

“As we talked after the game, I felt it was important they knew one bad night doesn’t define you as a player or a person,” she said. “They accomplished a lot this season as players and will accomplish even more as people in the future.”

Tools of the trade