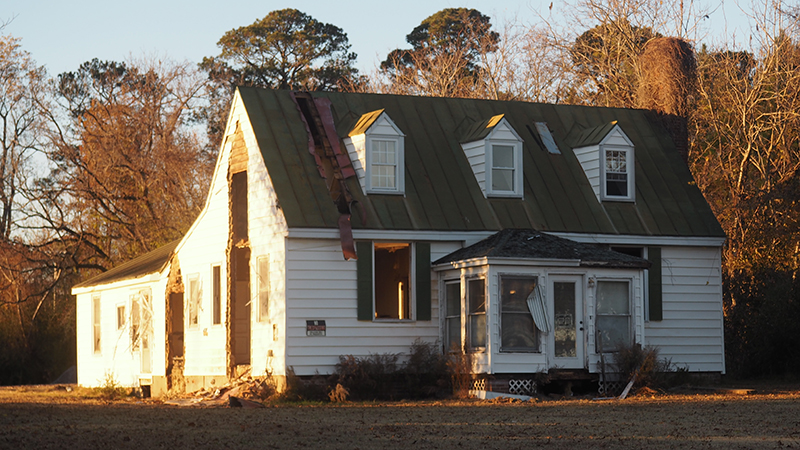 Smithfield's Volunteer Fire Department conducted training in the Wombwell house, leaving holes in the historic structure. The house is slated to be demolished this week.

Demolition of the historic Wombwell House is slated to occur this week, according to Smithfield Town Manager Michael Stallings.

Smithfield’s Town Council voted in September to accept a bid of $14,100 from Smithfield Services to raze the circa-1840s cottage named for its builder, Dr. Jordan Wombwell. The house is located on a town-owned parcel adjacent to Smithfield’s Luter Sports Complex on West Main Street. Smithfield’s Volunteer Fire Department recently conducted firefighter training at the property, leaving large holes in the home’s walls and roof.

“The contractor has also been salvaging some materials prior to demo,” Stallings said.

Mayor Carter Williams, in past years, had expressed an interest in the town constructing an indoor sports facility on the Wombwell site, but according to Stallings, there are no definite plans as to what — if anything — will be built on the land once the demolition is completed.

The home’s fate has been a point of controversy for several years. In 2016, the town put the house on the market for $1 to anyone willing to relocate it at his or her expense. When that failed to attract a buyer, the town offered to let the Smithfield VFD burn it down as a training exercise, prompting an outcry by members of the Isle of Wight County Historical Society.

The Historical Society then approached the town in 2019 about leasing the property to use as its headquarters, but those negotiations fell through in April of this year.