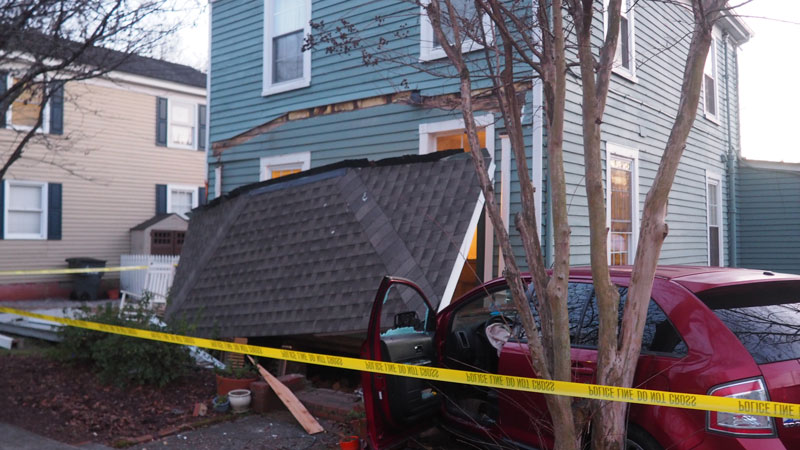 A car collided with a house on Cary Street, resulting in damage to the home and injuries to the driver. Stephen Faleski | The Smithfield Times

A car collided with a house on Cary Street Jan. 19, destroying its fence and front porch and injuring the car’s driver.

According to Isle of Wight County’s dispatch office, the crash occurred in the 100 block around 3:30 p.m.

A neighbor, Rob Bebermeyer, was inside his home at the time. He didn’t see what happened, but heard the crash.

Outside, he watched Smithfield Police officers and emergency medical personnel break the car’s window to extract the driver.

According to Will Drewery, the county’s emergency management coordinator, the driver was transported to a trauma center with non-life-threatening injuries.

IW School Board to reconsider masks