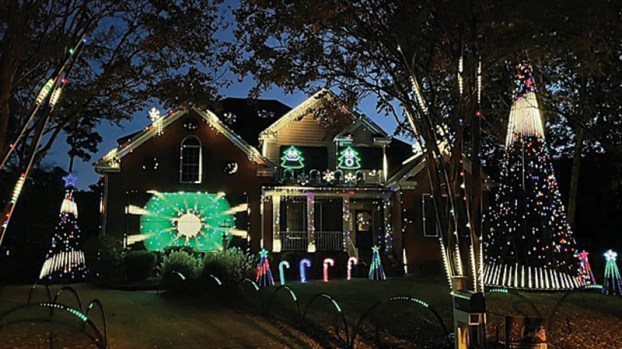 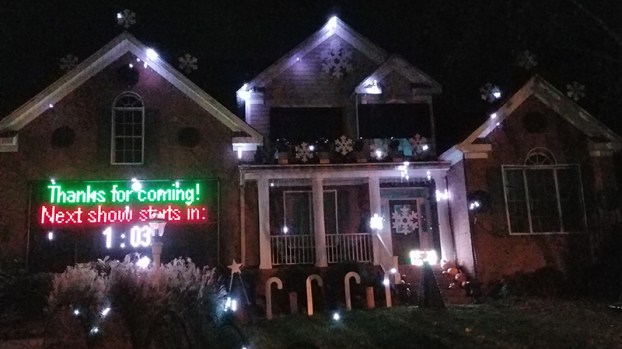 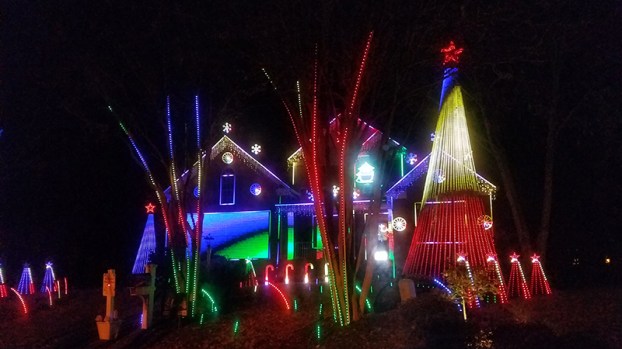 The Clary family used thousands of LED lights to make a show set to music in their front yard.

For Carrollton’s Clary family, there’s no such thing as “too early” for setting up Christmas lights.

They’ve been at it for 10 months, synchronizing 20,000-plus lights to blink and change color to music. The show, which went live Nov. 26, is 30 minutes long and features 10 songs. Visitors can hear the music by pressing a button in the family’s front yard or tuning their car radios to FM 102.3. It runs from 6 to 9 p.m. every Friday, Saturday and Sunday.

When coronavirus concerns prompted Busch Gardens to limit attendance at its annual Christmas Town light show in 2020, “we decided to bring the lights and Christmas feel closer to home and our community,” but “wanted to do something different than static lights that we had been using for years,” said Steven Clary.
That decision led them to the nationwide trend of sequencing RGB pixel lights to music. According to the website for Light-O-Rama, one of several manufacturers of these programmable lights, light-emitting diode (LED) technology places the equivalent of a separate red, green and blue light source into what looks like one bulb. The red, green and blue channels form one pixel, which can be programmed individually to change color by raising or lowering the intensity of each channel individually to change the intensity of the red, green and blue channels, which is how they appear to change color and what allows them to be programmed to blink on and off to music.

“Anyone can do it, but it’s truly a labor of love,” Clary said. “I am not going to lie, it is not necessarily intuitive. There was a steep learning curve, and it requires a lot of patience.”

In 2020, the Clarys set up a roughly 2,000-pixel show consisting of a large tree, a few snowflakes and some arches. This year, they expanded to a 16,000-pixel Halloween show, and the current 20,000-plus-pixel Christmas show.

“I have an electronics background, which helped quite a bit with wiring and networking, but most of the adapting lights to the surface of the exterior of your house and mounting strategies are strictly a do-it-yourself journey with many trips to the local hardware store,” Clary said.

He also found himself turning to a Facebook group with questions.

“I saw a great light show, and thought — I can do that,” he said. “I soon found out it is much more time consuming than it looks.”

Picking songs and synchronizing the lights to the music involves purchasing light sequences from vendors and then mapping those programs to the props Clary has set up around his house, which, in addition to the original tree and arches, now include spotlights, singing Christmas trees in the upstairs windows and a garage door that’s been transformed into a giant screen.

“My wife and two boys spent almost every evening watching and discussing the pixel layout and sequencing,” Clary said. “We would tweak things and add effects, and then watch it again the very next evening. Christmas music has been playing in our household since Dec. 26, 2020.”

The Clarys’ home is located at 104 Patricks Court in the Founder’s Pointe development. The home is located on a cul-de-sac with limited parking. The family’s Facebook page, Clary Family Lights, advises motorists to park on Liberty Way and walk to the site if traffic is backed up on Patricks Court. 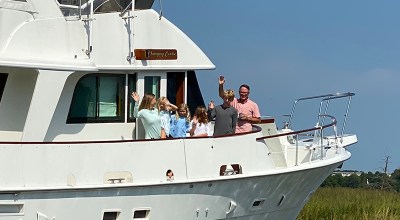