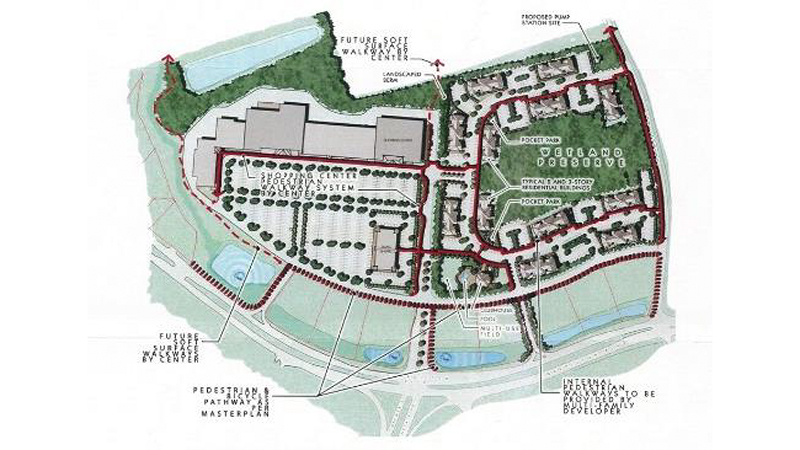 The developers of a planned condominium complex at the intersection of Carrollton and Brewers Neck boulevards are seeking Isle of Wight County’s approval for a fourth change in the development’s design.

The development, which will be named The Crossings, received approval in 2002 to create two shopping centers bisected by an access road that would turn the T-intersection into a four-way one.

In 2011, its developers requested and received permission to replace one of the two proposed shopping centers with up to 240 condominium units. Changes to the development’s water and sewer plans followed in 2013 and 2019.

Now, the developers have asked that they be allowed to subdivide the remaining shopping center into multiple, smaller commercial buildings.

The request went before Isle of Wight’s Board of Supervisors on Jan. 20. According to County Attorney Bobby Jones, the board had the option of dispensing with a public hearing on the matter since the use and density of the proposed commercial development would remain unchanged at 202,100 total square feet.

But the Board, instead, voted unanimously to send the matter to the county’s Planning Commission for further review, after objecting to having not been presented with an updated conceptual plan showing the latest changes.

“There’s no way I can vote on something like this,” said District 5 Supervisor Dick Grice. “I understand the change in market conditions … retail stores, with what’s going on with other types of sales, the internet sales, and everything else, it’s changing dramatically. But what we’re looking at here is we have no idea at all, even a potential plan.”

Construction of the proposed access road, which will be named Spadia Way, has already begun, as has a Virginia Department of Transportation project to redesign the intersection to accommodate the new road. VDOT’s work is expected to be complete by this fall.