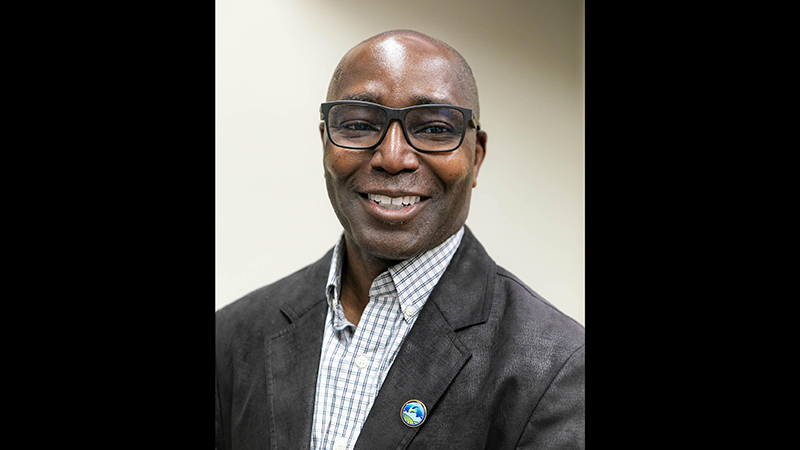 Editor’s note: This story has been updated with comments by Lewis Edmonds, the petition’s organizer.

The petition, which was filed earlier this month, had sought Vines’ “immediate suspension” from his seat, accusing him of having made “wildly inappropriate, defamatory, and discriminatory” remarks at recent meetings.

Though it was signed by more than 200 county residents, not one had attested to having done so under penalty of perjury as required under state law, Vines’ attorney, Steven M. Oser, argued. Rather, the form its signers filled out had warned falsifying statements could constitute election fraud.

“Those are different crimes,” Eason agreed during a March 29 hearing.

While both are punishable as a Class 5 felony under Virginia law, perjury carries the added consequence of disqualifying the person convicted from future service in public office or on a jury.

Oser then asked Eason to order Isle of Wight County to pay the resulting court costs, arguing that the entirety of the petition amounted to “politics and politics solely.”

The petition took issue with Vines’ having quoted the Bible at the School Board’s Jan. 26 meeting when speaking to a crowd that had interrupted the meeting to heckle board members over the local mask mandate still in place at the time. In the crowd was Smithfield-area resident Laura Fletcher, whom board Chairwoman Denise Tynes ultimately directed sheriff’s deputies to remove from the room when she began shouting at the board.

The petition also took issue with another encounter between Fletcher and Vines at a Feb. 8 town hall meeting he hosted jointly with fellow board member John Collick. There, upon learning Fletcher did not live in his or Collick’s voting district, Vines told Fletcher, “We will not hear you … You are a problem at every School Board meeting.”

Despite the rule he’d imposed limiting comments to residents of his or Collick’s districts, Vines had personally invited Brandon Randleman, a relative who’s since relocated outside the county’s borders, to speak at the town hall meeting. According to the petition, Fletcher had intended to “provide an opposing viewpoint” to Randleman’s remarks, in which he’d criticized Gov. Glenn Youngkin’s tip line to report schools teaching “divisive” concepts.

Oser characterized the petition as the latest example of the months-long backlash school board members in Isle of Wight and other Virginia localities have faced over the perceived influence of Critical Race Theory in K-12 schools.

CRT, as the term is often abbreviated, argues American laws and institutions have perpetuated racism and inequalities among minority groups. Though Isle of Wight school officials have repeatedly stated the graduate-level academic discipline isn’t part of the school system’s curriculum, critics — Fletcher among them — say it’s become embedded in the school system’s diversity, equity and inclusion initiatives. In January, Gov. Glenn Youngkin signed an executive order barring the teaching of “inherently divisive concepts, including Critical Race Theory” in public schools.

“There is simply no grounds whatsoever for this to proceed,” Oser argued.

Eason, however, declined to order the county or the state to pay Vines’ court costs and attorney fees.

Vines declined to comment on the result of the hearing.

“The judge’s dismissal today on a technicality is something that I will correct immediately and does not change any of the material facts of the petition,” said Lewis Edmonds, the petition’s organizer. “Technical rulings like today are what make the legal system intimidating for average citizens and often cause people to be reluctant to challenge known injustices.”

The ruling, he added, “does not resolve questions regarding the timing and accuracy of Mr. Vines’ financial disclosure.”

The petition, in addition to taking issue with Vines remarks, had accused him of “malfeasance” for having left his employment status and salary blank on the required State and Local Statement of Economic Interests form School Board members must file, but having stated at the Feb. 8 meeting that he was “an IT manager” who makes “over $100,000 a year.” Vines made the statement during a discussion of his push since January for an increase to the $5,000 stipend Isle of Wight School Board members are currently paid.

“I will adjust the language in the petition to alleviate Judge Eason’s concern and immediately begin circulating the petition again,” Edmonds said.