Opinion: Proffers are still legal, and should be used 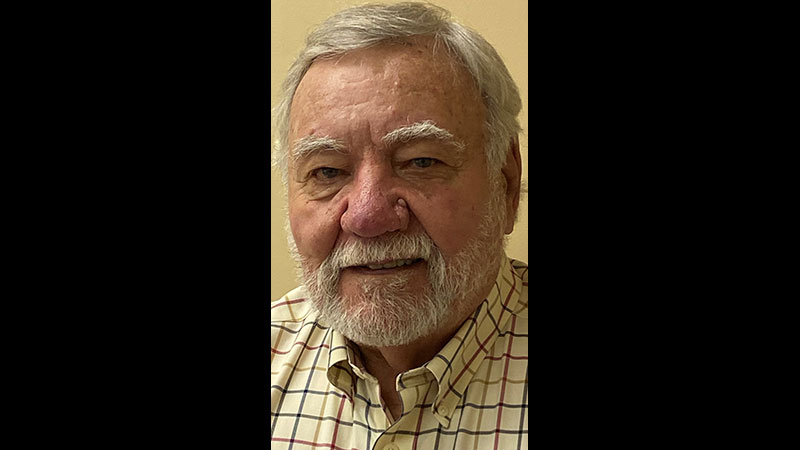 It has recently come to my attention that there is an appalling abundance of misinformation regarding proffers throughout our community. As a matter of fact a publicly elected official told me the other day that proffers are illegal, and will get the locality sued for court costs, attorney fees and damages at their mere mention.

Nothing could be farther from the truth. I write in hopes of clearing up misconceptions about proffers, because very soon the planned development down at the old Pierceville farm will give rise to enormously expensive impact costs on our public facilities. If not paid for out of the developer’s pocket, in the form of proffers, who will pay?

Let me provide an example of an impact cost. The new development will require delivery of more than 30 million gallons of domestic water supply annually. Now, before you wave that notion off as crazy, let me explain where the numbers came from.

First, I used The Town of Smithfield Design Standards for Water Distribution and Sanitary Sewer Systems, 2017 edition. On page 17 thereof, table 2.1 identifies domestic water usage amounts. Applying the proposed development units to the usage identified in table 2.1, then doing the simple arithmetic results in the annual usage of more than 30,000,000 gallons of domestic water every year.

At first I could not believe that number, so I checked Smithfield’s table 2.1 with EPA numbers. You can, too. Just go to www.epa.gov/watersense/statistics. You will note, as I did, that the EPA usage numbers jibe with Smithfield’s quantities. But, to make sure, I went to the U.S. Geological Survey numbers. You can, too. Go to www.usgs.gov/water and look over the article on water science school of June 20, 2019.

The USGS thinks we use more domestic water per person than either the EPA or Smithfield. Folks, I used the lesser numbers from the Smithfield table. I did not use the increase factors from Smithfield’s tables for either “maximum day demand” (1.7 times average) or “peak hour water demand” (4.0 times average) in my computations. The point is, of course, there will be some expensive domestic water line work forthcoming on behalf of the old farm.

Where will the service begin? How far will the large water line run? Who will pay? Proffers are intended by the Virginia legislature to protect us from impact costs on our public facilities caused by real estate development. Virginia statute says that.

Roads, schools, traffic control, utilities and so forth will need extensive upgrades hereabouts in order to service the new homes, apartments, hotel, restaurant and retail space proposed for development on the old farm. Some of the impact costs will fall on Town of Smithfield public facilities; other of the impact costs will fall on Isle of Wight County public facilities. Will you subsidize the developer’s profit with your tax dollars?

However, if you would like an expert’s analysis of zoning law as it relates specifically to proffers in Virginia, go to www.albemarle.org, and read everything you ever wanted to know about proffers, their enabling legislation, their purpose, their intent and their use. It is all there, in Chapter 11, with comparison tables and complete explanations of all of the law.

The best, most easily understandable proffer legislation, though, and the most recent, can be found at https://legiscan.com/va/text/sb1373. That site will provide you with the entire Senate Bill 1373, which became law in 2019 and is part of 15.2-2303.4, which deals with proffers. Read paragraph H, then H.2.

Proffers are alive and well in Virginia. They were put in place to protect we the taxpayers from paying impact costs on public facilities, like furnishing and installing a domestic water supply line, expanding county schools, buying new school buses, increasing the capacity of storm sewer systems, widening roads, redirecting traffic, and all other costs to public facilities that are caused by development.

In a nutshell, here’s how it works today, according to Virginia’s laws:

The developer requests a rezoning and submits plans for the use of the property to be rezoned. In Smithfield we don’t have a multi-use zone on the books at present, so the Pierceville development has to wait for a multiuse zone to be adopted by the Town Council before it can request the old farm to be rezoned into it. But that is all in the works currently, so it is sure to become approved in the near future.

So, once the locality (the Smithfield Town Council, in this case) sees the proposed development on paper, accompanied by the application for rezoning, they need to identify the impacts the development will have on our public facilities. Public facilities are defined by Virginia zoning law. They can be on the site itself, or off the site. Does not matter where they are, if the impact cost is caused by the development, it is part of the deal.

When Smithfield identifies the impacts it then has to assign a cost to each of them. So much cost for road widening, for example, and so much money for enlarging the storm drainage systems, and so forth. Smithfield then passes this impact and impact cost information over to the developer for his consideration.

Negotiations commence. See Senate Bill 1373, part H, and H.2 for a complete rundown on how the law reads in regard to negotiation between the governing body and the developer. Negotiations are encouraged.

When the developer is ready he makes a proffer to the town, in writing, signed by all the owners, defining contributions from him to the town that are intended to assuage the impact costs caused to public facilities by the development.

By the way, ladies and gents, the words proffer and offer share an identical definition in Webster’s. Matter of fact, according to “Subdivision and Zoning Law in Virginia: A Handbook” (Simon, 2ed), “Proffers are offers by the landowner during the rezoning process to perform an act or to donate money a product or services to justify the propriety of a proposed rezoning.”

Ladies and gentlemen, don’t allow yourselves to be misled. Virginia law put proffers into place to protect your tax money. There is no earthly reason your tax money should be used to subsidize a developer’s profit. Proffers are a great tool for our elected representatives to use, proffers are alive and well, they are absolutely legal and should be very effective.

Chris Torre, a resident of Smithfield’s historic district, is a retired commercial developer. His email address is seajayrudy@gmail.com.

Reflections on a father’s enduring influences

No place for Luter attacks in Pierceville debate