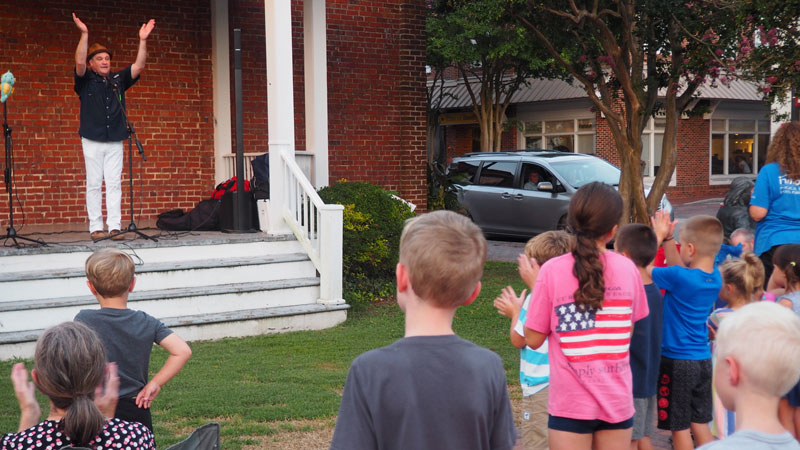 The calendar has turned to May, which means Downtown Smithfield’s Summer Concert Series is just around the corner.

Fan favorite Bobby BlackHat, a Newport News bluesman, kicks off the 2022 season May 27, the Friday night of Memorial Day weekend.

Concerts will occur weekly through Labor Day weekend on the gazebo stage in front of The Smithfield Times office, affectionately known as “Times Square.”

In a major change from prior years, concerts this year will begin at 7 p.m. to accommodate families with young children — and, for that matter, seniors with early bedtimes.

Admission will continue to be free, a hallmark of the series founded by Smithfield Times Publisher Emeritus John Edwards.

In 2017, Walters won the nationwide “USAA & We Are The Mighty’s Mission: Music talent competition.” He was also a featured performer at the 50th Anniversary Hampton Jazz Festival.

In 2016, the Bobby BlackHat Band advanced to the finals of the International Blues Challenge in Memphis, Tenn. He has won two Blewzzy Awards for “Song of the Year.” He was also awarded two 2016 VEER Music Awards for “Best Blues” and “Song of the Year” for “HRBT Blues,” a lament on Hampton Roads Bridge Tunnel traffic congestion.

The rest of this year’s lineup is: