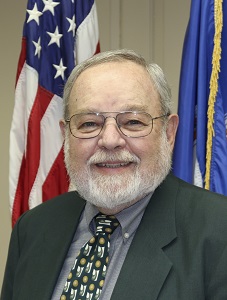 Editor’s note: This story has been updated to reflect the 116 figure Superintendent Dr. Jim Thornton cited is the number of secondary school teachers funded with state money, not the total number of state-funded teaching positions. Isle of Wight County Schools has 736 employees, 522 of which are state-funded.

Isle of Wight County Supervisor Dick Grice has proposed cutting the county’s contribution to its school system by $1.5 million.

County Administrator Randy Keaton’s proposed $88.9 million 2022-23 budget, as of an April 21 public hearing on the matter, had included $27.2 million for Isle of Wight County Schools. The nearly $527,000 increase would undo a roughly $500,000 reduction in local funding Isle of Wight’s supervisors had imposed on the school system in 2021.

The restored funds are intended to facilitate the hiring of several testing coordinator positions, which school officials say will free up guidance counselors to spend more time working with students, and less time proctoring Virginia’s Standards of Learning tests. Grice, however, pushed for additional cuts at an April 29 meeting, rather than the proposed restoration, citing the school system’s anticipated increase in federal and state funding.

Steve Kepnes, Isle of Wight County Schools’ executive director of budget and finance, told the School Board in February that the school system expected to carry over $2.5 million in unspent pandemic aid into the 2022-23 school year, and was anticipating an increase upward of $7 million in state funding based on an estimated 5,568 students, a one-time school construction grant, and a provision in Virginia’s proposed budget that would give teachers a 5% raise.

Superintendent Dr. Jim Thornton, however, contends a majority of the additional state funding is tied to the teacher raises, and won’t be enough to provide the required raise to every teacher. The state money, he said, will only fund 116 secondary school teachers — the minimum the state requires for IWCS under its standards of quality — even though IWCS employs well above that number.

“At the end of the day, they’re not funding all the people that we need to have in our schools to run our schools effectively, and that’s across Virginia,” Thornton said.

When the school system was operating on a hybrid schedule of in-person and virtual instruction days, it was down 15 teachers and another 15 instructional aides, Thornton added, at a cost of $1.4 million. To reach Grice’s proposed $1.5 million budget cut, there would need to be a similar reduction in staffing.

“We’re mainly driven by people, and so when we do have to cut, that’s why it hurts so hard for public education,” Thornton said.

Isle of Wight County currently provides the school system with 74% more funding than the state-mandated minimum local match. “Of all the school divisions, there’s no one at your local match,” Thornton told supervisors. “You can’t run a school at the required local match.”

But Grice wasn’t swayed. Many of the budgeted teaching positions, he argues, may end up going unfilled.

“Right now, the entire country can’t fill their teacher spots,” Grice said. “I still think there is room in the budget for movement.”

Supervisor Don Rosie then asked Thornton to state his “position on diversity, inclusion and equity” and whether he believed such a focus is in keeping with Gov. Glenn Youngkin’s executive order banning “divisive concepts, including Critical Race Theory” from public schools.

For nearly a year, a group of county residents have accused Thornton and School Board members of bringing tenets of the graduate-level academic discipline into the school system at the K-12 level through its diversity, equity and inclusion efforts.

CRT, as the term is often abbreviated, argues American laws and institutions have perpetuated inequalities among minority groups. While school officials have denied CRT is being taught, critics have pointed to Smithfield High School’s “Read Woke” challenge, which encourages students to read social justice-themed books, as an example of CRT’s influence.

“The schools need, in these economic times, to tighten their budget, as we all have to,” Rosie said. “Should the need arise, the board can increase the budget, especially as it aligns itself with the state policies and directives.”

“Our meeting tonight is not about diversity and inclusion; it’s about this budget,” Board of Supervisors Chairman Rudolph Jefferson told Rosie.

Thornton, however, offered to respond to Rosie’s question, stating that per his reading of Youngkin’s order and his conversations with other superintendents, it “does not affect” Isle of Wight County Schools.

Instead, it directs Youngkin’s pick for Virginia’s state superintendent of public instruction, Jillian Balow, to review Virginia Department of Education materials and curriculum for “inherently divisive concepts” and report back to him.

“It directs the state superintendent — not local superintendents — to act on VDOE policy for equity, diversity. … Until we get some directive from VDOE, it doesn’t affect us one bit,” Thornton said.

Adoption of a final budget for the county’s operating and capital expenses is slated for May 12.