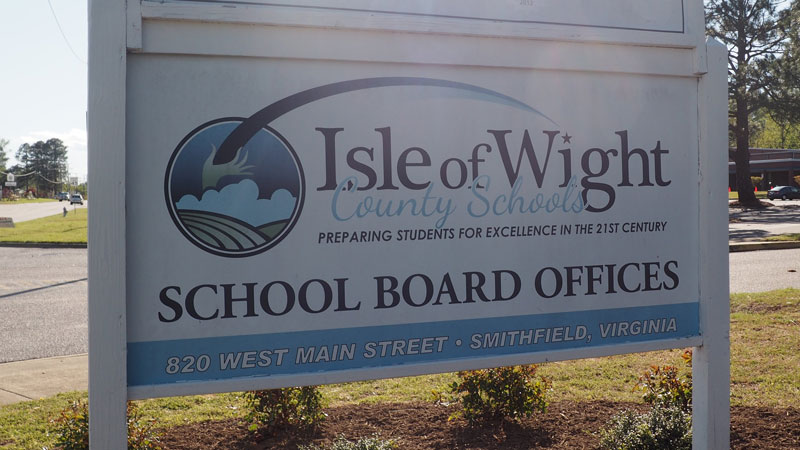 Editor’s note: This story has been updated to reflect a corrected dollar amount for the salary of coordinators.

Entry-level teachers at Isle of Wight County Schools will earn a starting salary of $47,277 next school year, per the School Board’s unanimous vote May 12 to adopt a new pay scale.

The new minimum amounts to a 5% increase over Isle of Wight’s current $44,945 starting salary for teachers without prior experience, and is 2% higher than the $46,350 neighboring Suffolk Public Schools offered its entry-level teachers this school year.

Isle of Wight’s previous 34-step pay scale, which provided teachers with raises ranging from 0.2% to 2% for each year of experience they accrue, now includes a 35th step for those who have 35 or more years of experience. The new pay scale sets the minimum salary for step 35 teachers at $80,580, a 6.5% increase over the previous $75,603 step 34 minimum.

According to Dr. Christopher Coleman, Isle of Wight County Schools’ executive director of support services and operations, the new pay scale will provide an “average raise of 5% across the board.”

Former Gov. Ralph Northam, before leaving office in January, had included annual 5% raises for teachers in the proposed 2022-24 biennial state budget he sent to Virginia’s General Assembly. Since then, the Democratic-controlled state Senate has proposed adding a 1% bonus on top of the 5% raise for the 2022-23 school year, while the Republican-controlled House of Delegates proposed 4% annual raises and 1% bonuses over the next two school years.

The largest raises will occur in the school system’s central office. Assistant directors will now earn $77,000, up 11.5% from $69,000, though coordinators will only see a 0.8% raise from $78,125 to $78,750. Directors will see a 10.5% raise from $95,000 to $105,000 – the same starting salary for the executive director-level positions. Per the School Board’s vote last year, all executive director positions will become directors starting July 1 under the school system’s new organizational structure.

A new chief financial officer position formed from one of the soon-to-be-eliminated executive director jobs will earn $115,000, a 9.5% increase over the executive director minimum. The assistant superintendent position, currently at a $115,000 minimum and second in line to the superintendent, will see an 8.6% raise to $125,000 and be third in line, with a new deputy superintendent position earning $135,000 filling the No. 2 spot in Isle of Wight’s leadership chain.

Tenor to perform for Sundays at Four