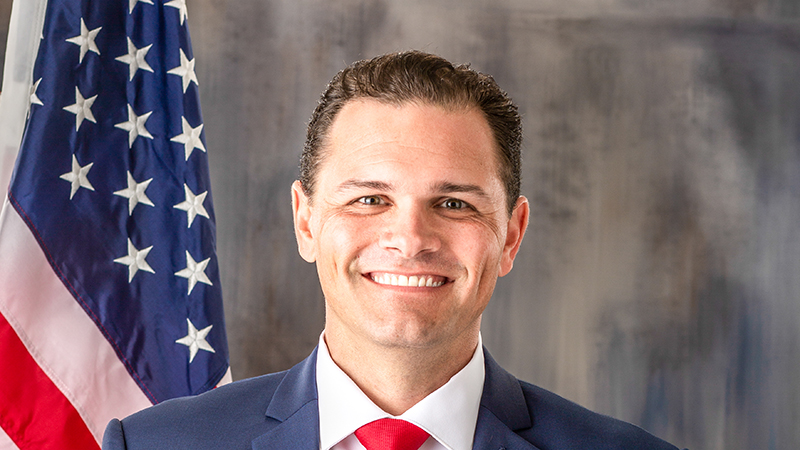 The Smithfield Times conducted email interviews with the four Republican candidates seeking the 2nd Congressional District seat in the U.S. House of Representatives. Early voting is underway for the June 21 election. The GOP nominee will face incumbent U.S. Rep. Elaine Luria in November.

Number of years living in District 2: 41

Current or prior elected offices held: None

I never wanted to get into politics but politics invaded my life when the government shut down my business, our churches and our schools. At a time when we needed community the most, our government stood in the way. Our children were forced home, falling behind in education. Big Government failed us. We need a conservative fighter in Congress. We don’t need someone planning their next step up the political ladder. This campaign is about We the People of the 2nd district of VA making our voices heard again in our government for us and for our next generation. We must preserve American freedoms and opportunities for them.

My political role model is Jesus of Nazareth because he sought to work outside of the typical political power structures at the time to truly reach people. That is what I hope to do; be a voice for the middle class, the average American. We’re the backbone of our nation and we have been largely ignored.

I am unashamedly pro-life and I believe that life begins at conception. I would work to move the needle in that direction. I’m saddened that it took 50 years for the Supreme Court to recognize Roe was bad law.

Every day we drive by a gas station we are reminded of the failed Biden economy. Congress should seek to fix economy by promoting American manufacturing and business starting with becoming energy independent again. Second, we must secure our border. What is happening at our southern border is not a political issue. It is a human issue. The human trafficking happening is atrocious and enough fentanyl has crossed the southern border to kill every American multiple times over. We’ve lost a 16 y.o. girl right here in our district from Ocean Lakes High School due to fentanyl. We must secure the border and those coming into our country must use the legal immigration system we have in place. Lastly, Congress must provide true oversight to not allow unelected bureaucrats to impose their will on the American people.

Let’s be honest about how we got here: President Obama’s woefully poor handling of the Russian annexation of Crimea. Obama was a 21st Century Neville Chamberlain and the best way to support Ukraine would’ve been to not send the message that Putin could take what he wanted without consequence.

Restarting the Keystone Pipeline would drop global oil prices overnight and send a message that America is serious about being energy self-reliant. This would lower inflation and supply chain costs that have hurt every American at the pump, at the store and return us to a competitive and strong economy.

I believe the government’s duty during a pandemic is to identify the threat, inform the people, identify who would be the most vulnerable, make suggested courses of action and then allow the free men and women of the U.S. to make their own health and safety decisions they feel are best for themselves and their families.

I believe we have a rule of law that must be followed, and I also believe that House Select Committees shouldn’t be partisan witch-hunts. I have no confidence in Nancy Pelosi doing anything fair, impartial and nonpartisan. Having people imprisoned by our government for over a year without due process is akin to political prisoners and is an insult to the memory of all of our heroes in uniform that gave the ultimate sacrifice for our country and the freedoms she affords to every one of her citizens. Any member sitting on the Jan 6th Committee that is not advocating for the fair treatment under the law for anyone arresting by our government is guilty of the same offense.