Isle of Wight: EMS aid to Surry not mutual 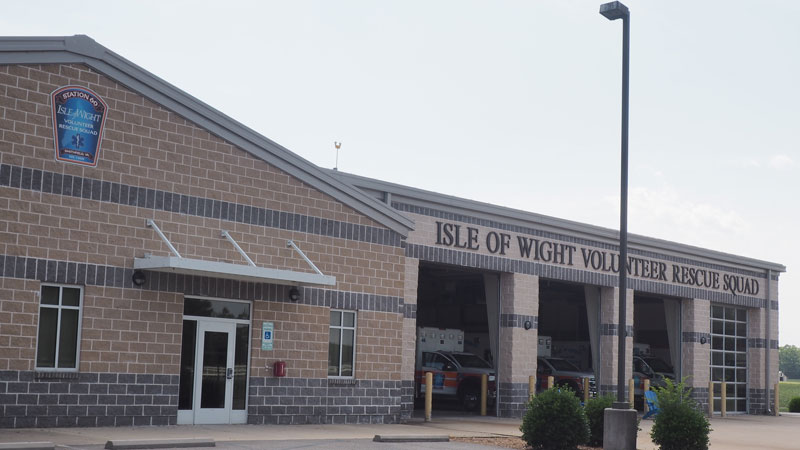 Isle of Wight County is proposing to charge Surry County $1,000 per ambulance call, contending Surry has made above average use of the two localities' mutual aid agreement. Stephen Faleski | The Smithfield Times

Pat Humphries, in his two years as Isle of Wight County’s chief of emergency services, can count on one hand the number of times Isle of Wight has asked Surry County to send one of its ambulances across the county line.

“I don’t know that, in the last two years, we’ve ever had a need, maybe one time,” Humphries said.

But he can’t say the same for the reverse scenario, in which Surry calls Isle of Wight.

The two localities, for years, have had a mutual aid agreement in place, in which units from one county will cross into the other to respond to a 911 call if no local ambulance is available. Now, Isle of Wight is proposing to start charging Surry $1,000 per call, contending the existing mutual aid agreement is far from mutual.

According to Kinsey Chilcutt of Surry’s Office of Emergency Services, the county has only two paid emergency medical technicians on call each day, and depends on volunteers and mutual aid agreements to field 911 calls when those two are in transit to a hospital. According to Brian Carroll, chief of the Isle of Wight’ Volunteer Rescue Squad, Isle of Wight fields about 17% of Surry’s emergency medical service calls via the mutual aid agreement.

“This has been going on for years, and their staffing levels and their challenges have not changed,” Humphries said.

Isle of Wight’s current policy, he said, is to deny mutual aid requests if there aren’t at least two units available in the northern end of the county. Isle of Wight and Surry each lack their own hospital, though Riverside Health Systems plans to open a 50-bed facility in Isle of Wight by 2025. With the nearest hospitals in Suffolk, Newport News and, in Surry’s case, Hopewell, patient transports can take an ambulance out of its locality for up to two hours depending on traffic.

“Very often throughout the week we’ll run out of at least north-end medics,” Keaton said.

The proposed $1,000-per-call fee to Surry would apply whether or not Isle of Wight ends up taking someone to a hospital, in addition to what the county would bill the person transported, as a means of recouping some of the cost of routinely supplementing Surry’s departments.