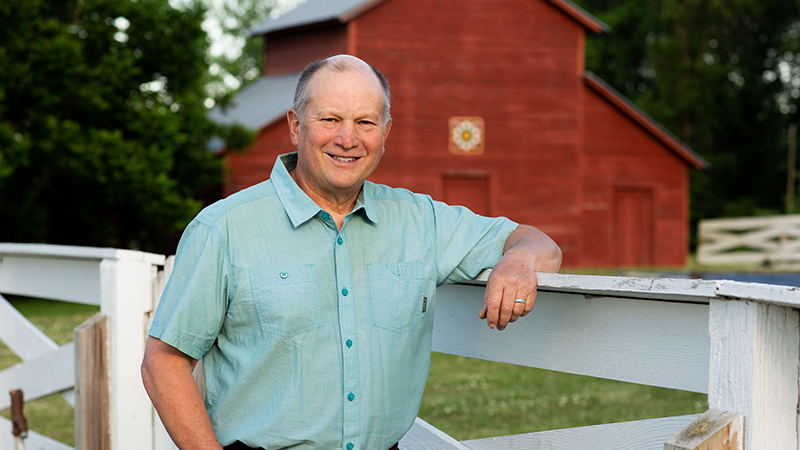 Michael Drewry resigned from the Surry County Board of Supervisors on July 11 after filing a lawsuit seeking to overturn the board’s vote to approve a regional biogas facility that would be sited near his home.

Align RNG, a joint venture of Dominion Energy and Smithfield Foods, received the board’s 2-1 approval on June 2 to construct a regional processing facility near the Surry-Sussex county line that would turn methane from hog manure, also known as biogas, into pipeline-quality natural gas. The facility would serve as a hub for participating Smithfield Foods farms in Sussex, Surry, Isle of Wight and Southampton counties.

Drewry, who cast the sole dissenting vote on Align’s requested conditional use permit, asks in his complaint that Surry County’s Circuit Court declare the board’s vote “null and void” on grounds that the county Planning Commission allegedly “did not follow” procedures required under state law when vetting the project last fall.

Drewry filed his complaint July 5, representing himself as a licensed Virginia attorney. He told his fellow board members of his actions two days later at the board’s July 7 meeting, informing them that Virginia Bar Association rules prohibit an attorney from representing a private client in any matter where the attorney participates “as a public officer” unless the governing body, in this case the board, gives consent.

Drewry referred to the requested consent as a “vote of confidence” on “whether I stay” on the board. But his fellow board members saw the matter differently.

“Basically what Mr. Drewry’s asking the board to do is to give him consent to sue the board that he sits on … I can’t give consent for anybody to sue me as part of this board,” said Supervisor Robert Elliott.

“I cannot sit here and vote ‘yes’ for you to sue this board,” Chairwoman Judy Lyttle agreed.

Drewry’s lawsuit contends that Surry neglected to provide the written notice required by state law to all owners of abutting properties, including four in neighboring Sussex County, ahead of the Planning Commission’s Sept. 27, 2021, public hearing on Align’s requested permit. The complaint further contends the Planning Commission neglected to issue a finding of Align’s project being “substantially in accord with the county comprehensive plan,” which lists the 22.8-acre site as “rural preservation,” ahead of recommending the project to the Board of Supervisors for approval. According to the complaint, state law requires a “substantially in accord” determination for any public utility project other than an underground natural gas facility before said project can be authorized or constructed.

Drewry contends in his complaint that the project, if allowed to proceed, will “result in water pollution, air pollution and noise pollution” impairing his “right of quiet use and enjoyment of his real and personal property” due to the “concentrated release of carbon dioxide from industrial hog farms and potential release of methane and hydrogen sulfide.”

Methane, if emitted into the atmosphere, acts as a potent greenhouse gas, but according to Align officials, emissions from farms can be captured using an anaerobic digester and covered lagoons. From there, it would travel through a 65-mile pipeline network that would cross the Blackwater River and two swamps before ending up at the Surry site, where the collected gas would pass through membranes to remove hydrogen sulfide and carbon dioxide, leaving 99% pure natural gas.

Align contends the reduction in greenhouse gas emissions from participating farms will be roughly equivalent to taking 22,000 vehicles off the road, even with the facility re-releasing an estimated 12 tons of extracted carbon dioxide annually.

Company officials have also acknowledged that not all of the extracted hydrogen sulfide will be turned into solid sulfur and hauled away. The amount that escapes the membranes will be fed into a thermal oxidizer – essentially an incinerator – where intense heat will transform the gas into less-harmful sulfur dioxide. Align anticipates the facility emitting around 8 tons of sulfur dioxide per year.

Drewry cast the one dissenting vote during the board’s June 2 vote, citing repeated opposition from residents and a lawsuit Align had settled with the North Carolina-based environmental group Clean Aire NC last year concerning alleged violations of that state’s air quality regulations at a similar processing facility at the border of Duplin and Sampson counties. According to the settlement, Align agreed to request that North Carolina’s Division of Air Quality modify the site’s permit to “add limitations on raw biogas flow,” impose “reporting requirements” for the facility’s sulfur dioxide and hydrogen sulfide emissions and “ensure a program of methane leak detection and repair is implemented at all farm operations supplying biogas” in exchange for Clean Aire NC agreeing to drop the case.

Align’s Surry facility would serve 20 Smithfield Foods farms. Align’s North Carolina facility, by comparison, would serve 19. Align contends the estimated emissions at the Surry facility will fall below the threshold where a Virginia Department of Environmental Quality permit would be required.

According to Dominion spokesman Aaron Ruby, while the number of farms is roughly the same for the two projects, they are different types of farms and produce different amounts of biogas.

Surry’s Waverly project, named for the nearby Sussex County town, “will produce less than two-thirds the amount of biogas as the North Carolina project,” Ruby said. “Additionally, we’re using a different conditioning technology at Waverly, so there will be fewer emissions.”

Drewry was first elected to represent Surry’s Dendron District in 2015 and reelected in 2019 for another four-year term through 2023. His resignation comes roughly 2½ years into his current term, meaning the county will need to hold a special election to fill the remainder.