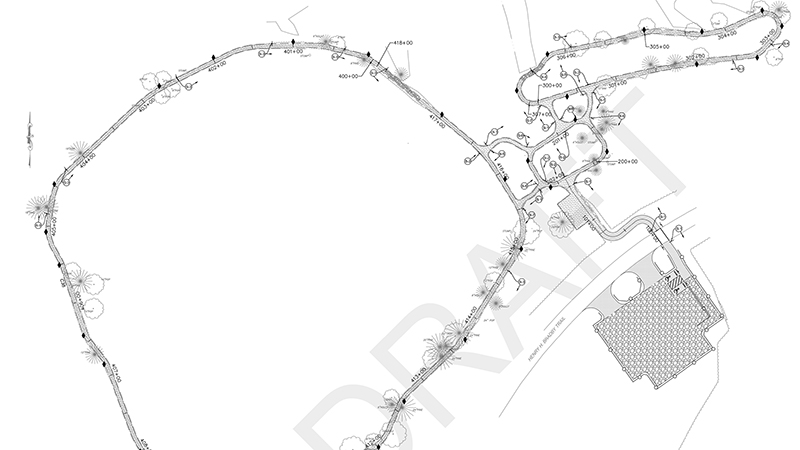 Virginia’s Department of Conservation and Recreation has given Isle of Wight County the green light to begin soliciting construction bids for a grant-funded all-terrain vehicle trail at Heritage Park.

According to Parks and Recreation Director David Smith, the county is looking to begin construction this fall and complete the trail in six to eight months.

The proposed trail is to include a roughly 800-foot practice loop, a 1,800-foot beginner loop and 2,250 feet of 4-foot-wide natural surface trail, as well as a gravel parking lot.

Plans for the trail date to 2015 when the county received approval for a matching federal grant administered at the state level. Those plans stalled in 2017 when the Trump administration froze all federally funded DCR projects that didn’t already have shovels in the ground. The county reapplied for the grant in 2019 and received approval for $78,200 toward the project’s design, plus another $264,918.60 for construction. The grant is intended to cover 80% of the total cost, with the county footing the remaining 20%.

As part of the project’s design phase, Isle of Wight solicited public input in February. At the time, the county expected to pay just over $85,700 as its share and to begin construction this spring.

The design work is now complete, Smith said, but the county is still working with DCR on an updated construction amount.

“Due to inflation, DCR is open to adding some funds to get the project done,” Smith said. “Much of that will be decided when we get bids in for the construction.”

Isle of Wight supervisors voted unanimously at their July 21 meeting to approve an updated grant agreement, which had been included among a slate of approvals listed in the meeting’s consent agenda.