‘Full circle:’ Internship brings Akilah Frye back to her roots of volunteerism 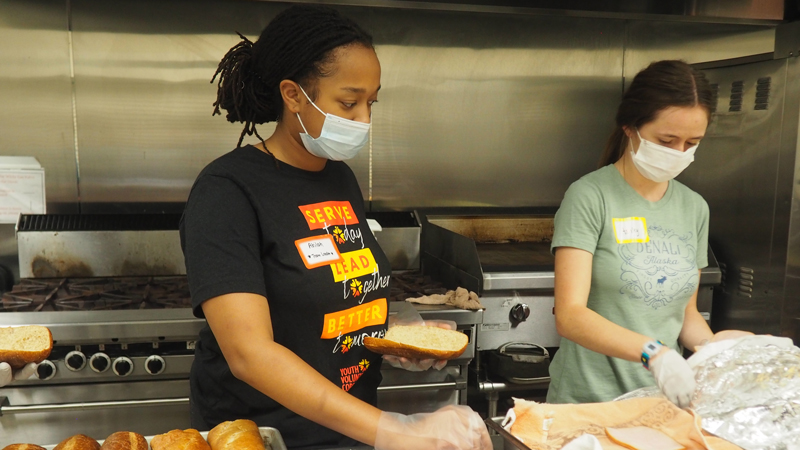 When Akilah Frye’s parents, Dr. Candice Frye and Sekou Frye, signed her up to join the Youth Volunteer Corps of Hampton Roads’ summer service session in 2016, the then-sixth grader wasn’t enamored with the idea.

But Frye found herself falling in love with volunteerism when the program assigned her to the C. Waldo Scott Center for HOPE, a nonprofit in downtown Newport News that provides affordable child care and intervention services for high-risk children and teens ages 6-18.

Now, the 2022 Smithfield High School graduate is one of only four from Hampton Roads and 300 nationwide to be selected for Bank of America’s Student Leaders Internship Program, which has once again paired her with YVC.

Frye started the paid internship on June 20, a week after graduating. Since then, she’s rotated among a number of organizations and programs that partner with YVC, including Bluebird Gap Farm in Hampton and Hampton Baptist Church’s “So All May Eat” program, which provides meals to impoverished area residents.

“Most of the people who come here are not homeless. … There’s a lot of people who don’t earn a living wage,” said Amy Witcover-Sandford, coordinator of So All May Eat.

Frye has also returned to the C. Waldo Scott Center for HOPE, though this time as a team leader – fielding questions from volunteers and acting as a liaison between YVC and the Center.

“For me, it was really just like bringing it full circle,” Frye said.

One of her main jobs as a team leader is “to try to make that service opportunity fun for the volunteers so they enjoy it and want to come back,” she added.

When Frye applied for the internship, there was no guarantee she’d be paired with YVC. Bank of America’s internship program partners with four Hampton Roads nonprofits, the other three being the Boys and Girls Club of Chesapeake, Norfolk-based Horizons Hampton Roads and the Williamsburg House of Mercy.

In addition to funding the internship, the bank offers leadership training and professional development, including a virtual leadership summit that in pre-pandemic years had been held in Washington, D.C.

“I’ve learned that nonprofit work is not easy at all,” Frye said. “There’s pieces that go into it.”

Frye had applied for the paid internship her senior year. The bank works closely with area school systems to put the word out regarding the opportunity. Applicants are then chosen by a panel of bank employees and advisers from the business and nonprofit community.

“It’s a great opportunity for teenagers, but it’s really not about the money. … Most student leaders who apply to the program are doing it to get that extra experience,” Frye said.

Frye, who interned with The Smithfield Times last year, will attend the University of Mississippi, commonly known as “Ole Miss,” this fall and major in journalism.