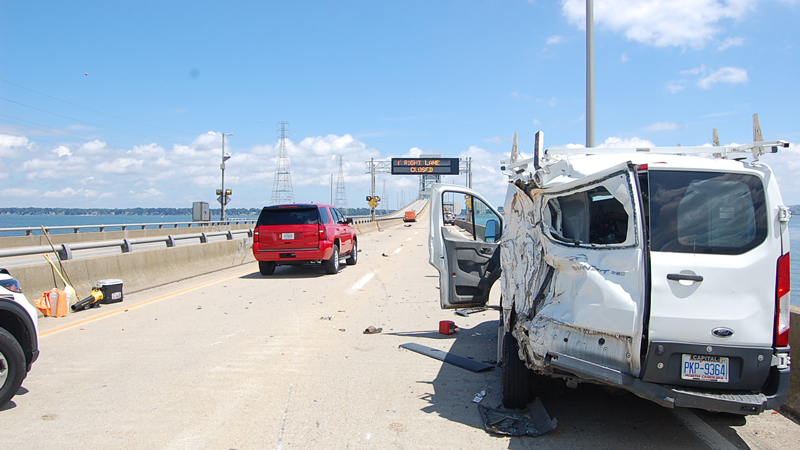 A two-car crash Monday morning near the James River Bridge left one person dead and blocked traffic in both directions for over an hour.

According to the Virginia State Police, 60-year-old Billy Ray Caulder of Hope Mills, North Carolina, was traveling northbound on Carrollton Boulevard toward the bridge when his Ford transit van ran out of fuel. The wreck occurred at approximately 10:49 a.m. when the driver of a Nissan cargo van, identified as Steve A. Wilkinson, swerved to avoid the stalled vehicle but instead sideswiped it and struck Caulder, who’d exited to refuel his vehicle.

Caulder was thrown from the scene and died from the injuries he sustained upon impact. Wilkinson was taken to Riverside Regional Medical Center in Newport News with non-life-threatening injuries and was charged with reckless driving.

Neither alcohol nor speed were contributing factors, according to police.