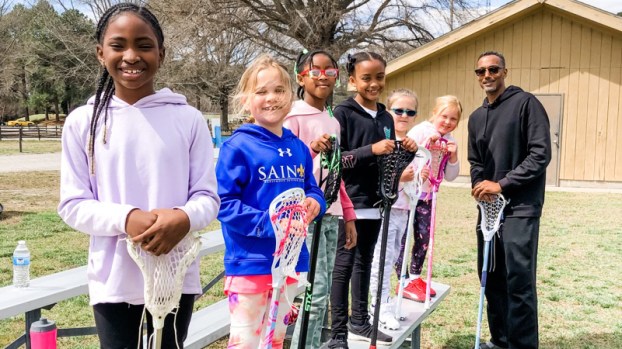 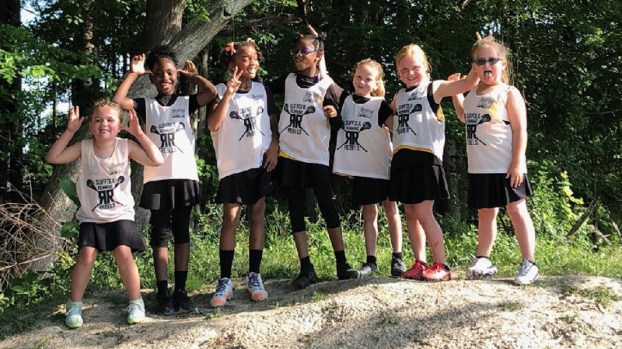 When Jesuit missionary Jean de Brebeuf, in 1636, observed Native Americans in what is now the Canadian province of Ontario playing a stick-and-ball game, he described the sticks as similar to a bishop’s crosier staff – “la crosse,” in French.

Fifty-three years later, in 1689, an unnamed clergyman wrote of the Powhatan tribe playing a similar game “with a crooked stick, and ball made of leather stufft (sic) with hair” in what is now southeastern Virginia.

“He wins that drives it from the other between two trees appointed for the goal,” wrote the clergyman, whom Colonial Williamsburg historians believe to have been John Clayton, minister at Jamestown from 1684 to 1686.

Now, Coach Richard Linyear Jr. is on a mission to bring to Smithfield the modern-day lacrosse sport, which he and the USA Lacrosse organization each refer to as North America’s oldest team sport.

In 2020, Linyear formed an all-girls team for the benefit of his daughter, Symone.

“We started by just playing in our neighborhood and having five girls come and practice with us,” Linyear said.

The team played its first season with the Coastal Crush league as the Smithfield Sweethearts this past spring. The Sweethearts’ membership currently numbers at seven girls, all ages 8 and under, from Smithfield and Suffolk. The league plays games primarily in Williamsburg and Virginia Beach.

The Sweethearts concluded their first season by making it all the way to the league championship.

Linyear, a teacher at An Achievable Dream Middle and High School in Newport News, didn’t grow up playing lacrosse. Instead, he learned lacrosse “basically by watching the game.”

Linyear’s goal in teaching himself and others the sport, he said, is to “expose our kids to something new, something fresh” in preparation for the day when lacrosse becomes as popular at the high school level as basketball, baseball or football.

“The native people were here first, they were playing this, this is what they called ‘the creator’s game’,” Linyear said. “This is actually how they settled disputes among neighboring tribes. … You should know the history of every game you play.”

Linyear is hoping to recruit additional girls for the Smithfield Sweethearts and eventually start an all-boys team he plans to name the Hamtown Heartbreakers.

While Linyear himself is new to Smithfield, his parents Jessie and Richard Sr. have lived in town for years. Their son graduated from Indian River High School in Chesapeake, where he played tennis, and from Old Dominion University with a degree in physical education.

Linyear is asking anyone interested in having their daughter learn lacrosse to email him at richardlinyear@gmail.com.