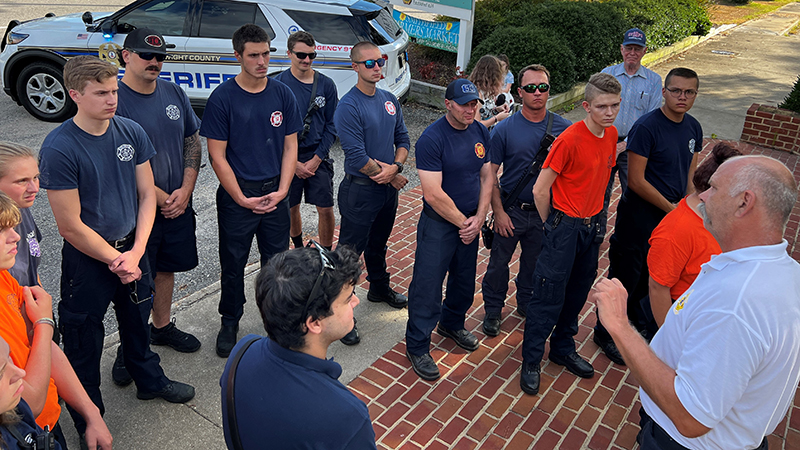 Your editorial in last week’s Smithfield Times (“Lost lessons of Sept. 11”) about 9/11 commemorative events in the county was well received. As you said, it is important to recall and to pass on to future generations the historic importance of that dreadful and decisive day 21 years ago. As Kipling so memorably wrote, “Lest we forget – lest we forget.”

Allow me to report on another local event.

Carrollton Volunteer Fire Department volunteers and others met together last Sunday evening at the county’s memorial to its fallen first responders at the foot of the James River Bridge. Station 10 Deputy Chief Scott Brower (far right in photo) eloquently explained to those in attendance the special meaning to firefighters of this notable anniversary.

Although more than 3,000 perished that day in the four separate Islamic attacks, it was the heroic sacrifice of the 343 FDNY firefighters at New York’s World Trade Center that makes this day most meaningful to the American fire service. This devastating event epitomized the bravery and dedication of all first responders who “were going up (to the rescue) as the others (victims) were coming down” the 110 floors of both WTC towers.

Also attending this memorial event in Carrollton were representatives from the Isle of Wight Sheriff’s Office, the Smithfield Volunteer Fire Dept. and Isle of Wight Emergency Services.