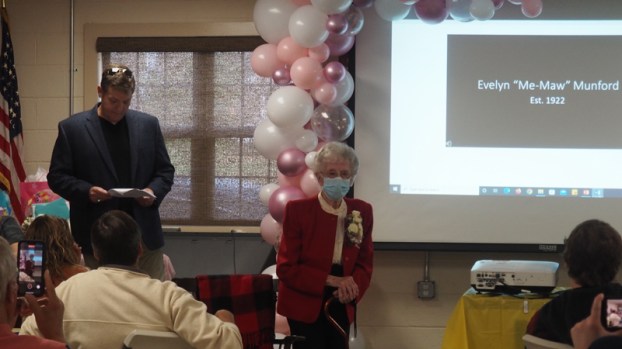 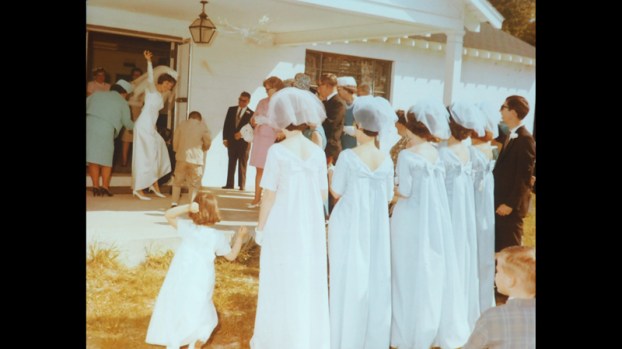 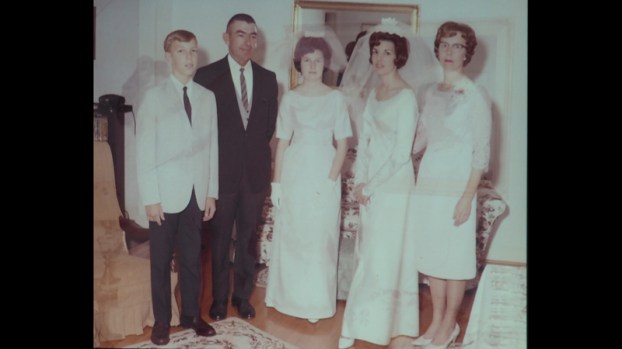 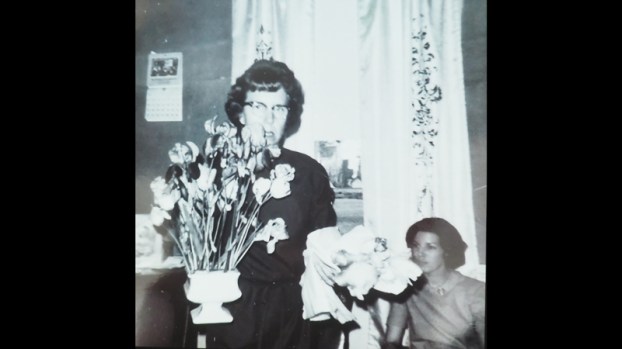 This undated photo, likely from sometime in the 1960s, shows Evelyn Munford, left, with her daughter, Ann. (Submitted photo)

Evelyn “Me-Maw” Munford doesn’t have a secret for her longevity.

She was born Evelyn Virginia Edwards to Luberta Wrenn Gwaltney and Lloyd Lafayette Edwards in 1922 in Smithfield. She married the late Herbert Elton Munford in 1941 and had three children: Susan Huber, the late Evelyn “Ann” Munford Murden and the late Herbert “Herbie” Munford II.

Four generations of Munford’s descendants, some from as far away as Georgia, returned to the Isle of Wight Ruritan Clubhouse on Nov. 7 to celebrate Munford’s birthday.

Traylor estimated more than 90 in attendance, including Munford’s descendants and members of the Isle of Wight Christian Church congregation, where Munford has been a longtime member.

A lifelong resident of Isle of Wight County, Munford has seen the area change substantially over the years.

“Some of it good, some of it not,” Munford said.

The reunion was marred by the passing of Susan’s husband a day earlier. Despite the loss, Munford was in good spirits for the occasion.

“All these people here today shows that I’ve had a good life,” Munford said.