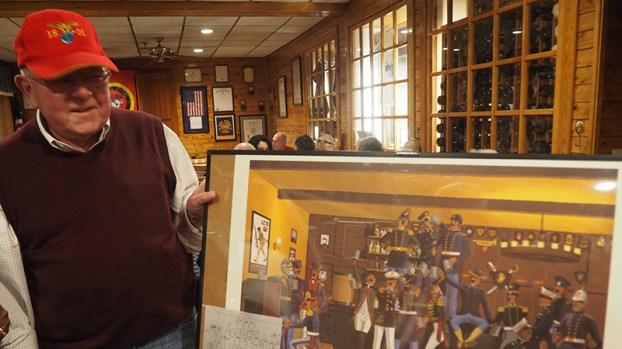 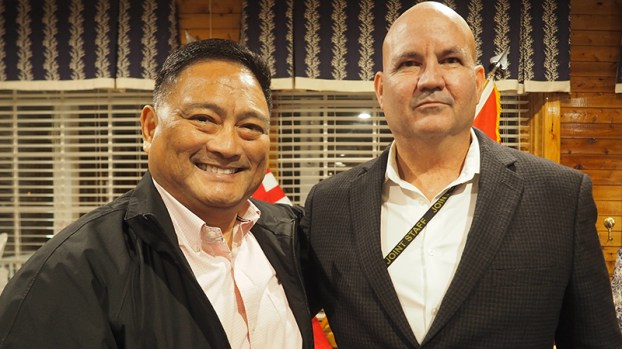 Jim Opilla and Rick Hall, both of Suffolk, not only both served in the Marine Corps, Opilla from 1981 through 2012 and Hall form 1976 through 2018, but were each assigned at one time to the Joint Chiefs of Staff Office. 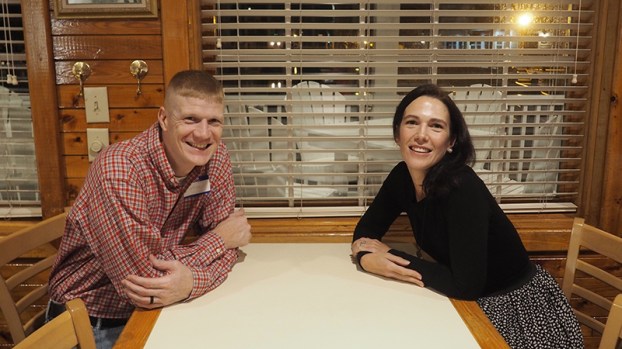 Eugene Cazedessus of Virginia Beach has served in the Marine Corps from 2000 to present. With him is his wife, Petra. 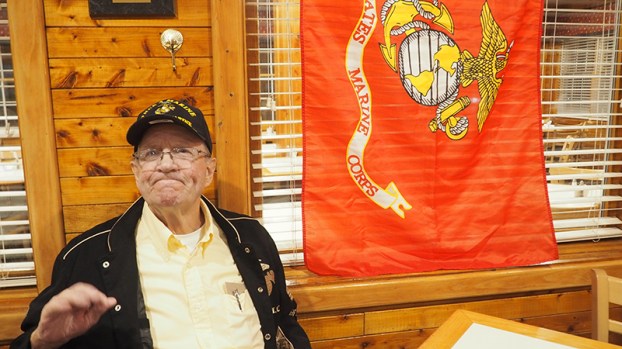 Bobby Branche of Franklin joined the Marine Corps in 1961. 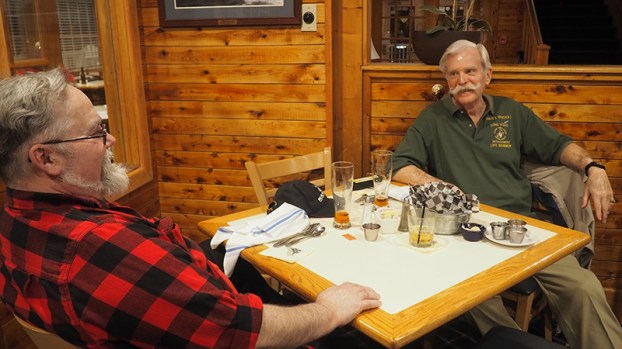 Andy Woods of Carrsville, who served in the Corps from 1979-83, talks with Lindsay Boone of Smithfield, who served from 1969-75. 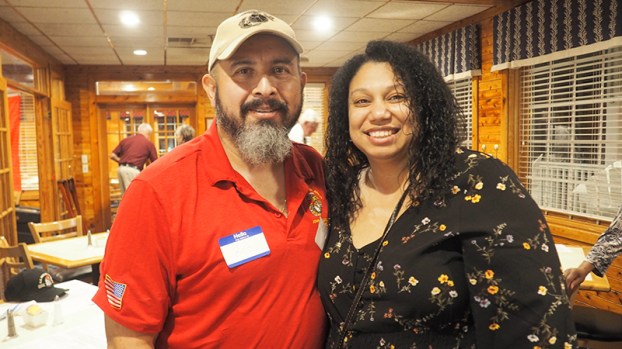 Rico Cantillo and his wife, Diana, came from Portsmouth for the festivities. Rico served in the Corps from 1984-90 on active duty, and from 1992-94 in the Reserves. 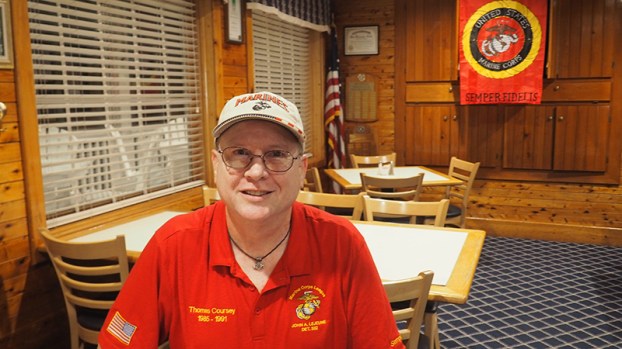 Thomas Coursey of Portsmouth served in the Corps from 1985-91. 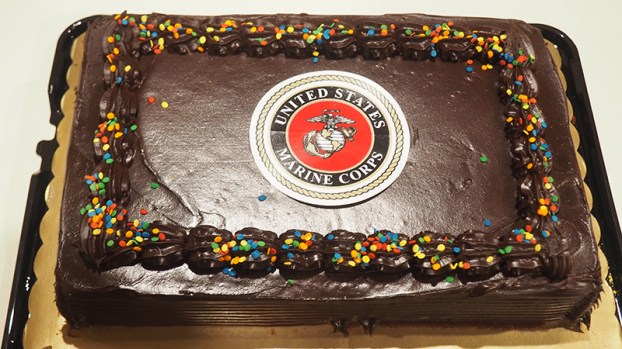 The Marine Corps birthday is traditionally celebrated by the oldest Marine cutting a cake with his or her service sword and handing a slice to the youngest Marine present. 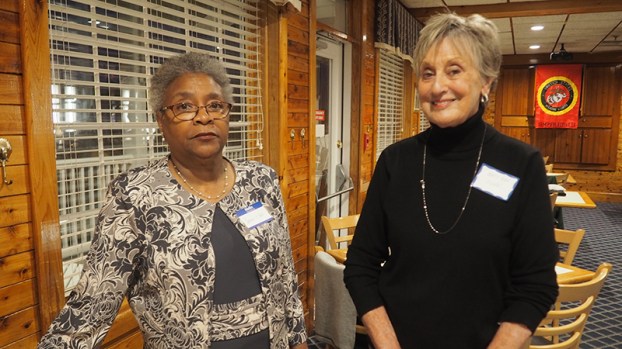 From left are Carolyn Wade and Mary Ann Eure of Suffolk. 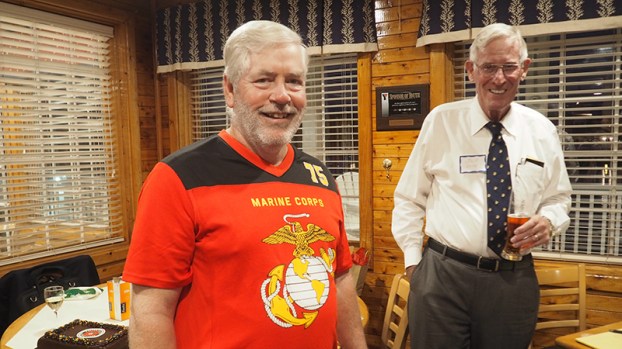 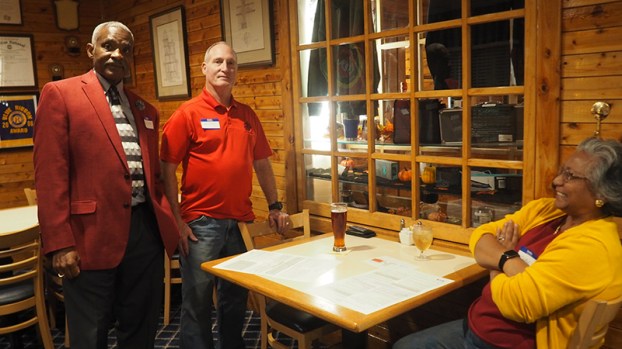 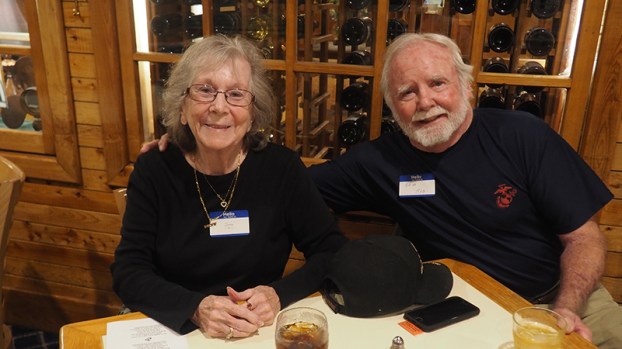 Sara Sproul and Sam Edwards made the trip from Windsor for a celebration of the Marine Corps 247th birthday at Smithfield Station. Edwards served in the Corps in 1960.

Jack Eure, a Marine Corps veteran from Suffolk, hosted a celebration of the Corps’ 247th birthday at Smithfield Station on Nov. 10, drawing former and current Marines from Hampton Roads and as far away as Columbia, South Carolina. The date honors the Nov. 10, 1775 organization of the Corps by the Second Continental Congress. At the conclusion of the Revolutionary War, the Marines were abolished following the Treaty of Paris in 1783 and were reorganized on July 11, 1798 when the U.S. Congress placed the Corps under the Secretary of the Navy. “Happy birthday, Marine!” is the traditional greeting among Marine Corps veterans on Nov. 10. The celebration traditionally concludes with the oldest Marine gathered using his or her service sword to cut a cake and hand a slice to the youngest Marine present.