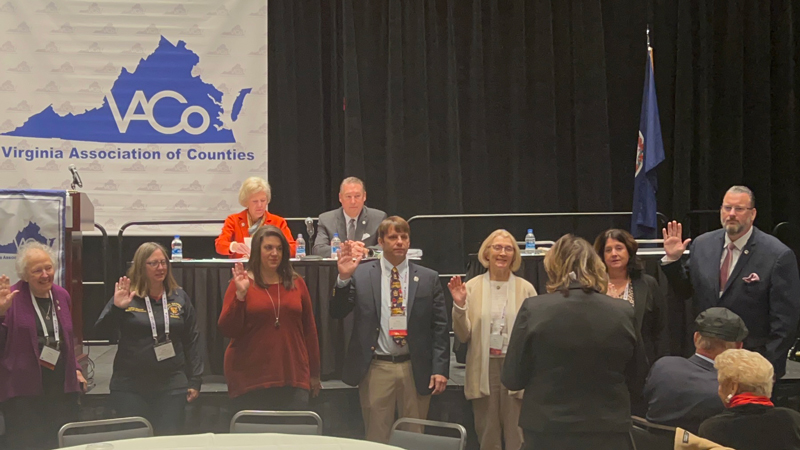 Isle of Wight County Board of Supervisors Vice Chairman William McCarty was recently elected to serve as the second vice president of the Virginia Association of Counties.

The association, commonly known as VACo, serves as the primary advocacy organization for Virginia’s 95 counties. Its board of directors consists of a six-member executive committee, 24 elected officials representing 13 regions of the state, three past presidents and a National Association of Counties delegate.

As second vice president, McCarty will serve on the executive committee and will be in line to become president of the organization in years to come.

McCarty “will be a great representative for Isle of Wight County and rural counties throughout the State of Virginia,” said Board of Supervisors Chairman Rudolph Jefferson.

McCarty has served on the Board of Supervisors since 2016 representing District 2, formerly known as the Newport District. He has previously served as chairman and has served on multiple local and regional boards and commissions.

McCarty is in line to become chairman of the Hampton Roads Transportation Planning Commission in 2023 as well.