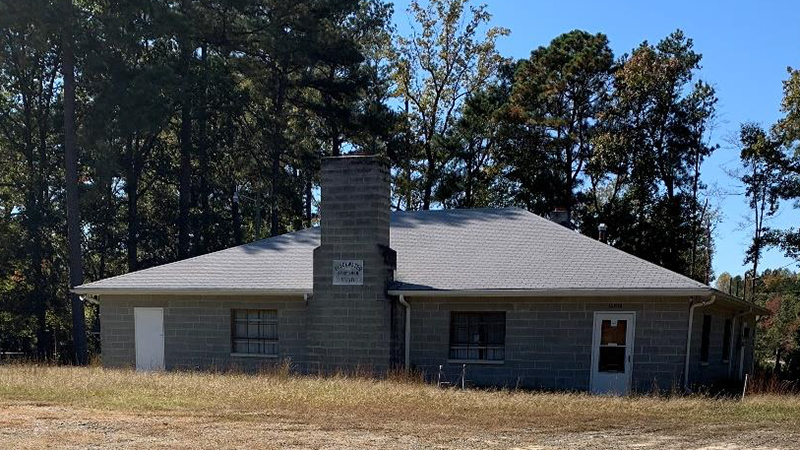 A Surry County resident is proposing to repurpose the old Blackwater Sportsman Club into a restaurant. (Photo courtesy of Surry County)

Surry County resident Darrell Boothe is proposing to repurpose the old Blackwater Sportsman Club near Dendron into a restaurant.

The county’s Planning Commission gave the proposal a favorable recommendation at its Nov. 21 meeting.

Pigeon Swamp Farm, of which Boothe is president, has requested conditional rezoning of the 2.36-acre property from its present agricultural-rural (A-R) district to local business (B-1).

The commission’s public hearing on the matter, held the same night as the vote, drew only one speaker: Donna Slade. Slade, who owns a farm near the property, said her parents had given the land for the clubhouse in 1957, and urged the commissioners to reject the proposed commercial use.

“I want to preserve the rural nature of our county,” Slade said.

Lane Hargoder, an engineer representing the applicant, however, assured the commissioners that Boothe was “not your McDonald’s or Burger King developer.”

“This is a retiree who has taken his hard-earned money … and is looking to reinvigorate a property that has sat vacant for as long as anyone can remember,” Hargroder said.

The clubhouse was still being used for family reunions as of 2006, according to The Smithfield Times’ online archives. As of 2007, the site was being used as one of five unmanned, county-run dump sites. It closed later that year when the county transitioned to its three manned trash collection centers.

According to Hargroder, it is Boothe’s intention to leave the property in as close to as-is condition as possible, save for doing what must be done to comply with Virginia Department of Health regulations for restaurants.

A submitted conceptual plan shows the roughly 3,000-square-foot, one-story building flanked on three sides by a new asphalt parking lot with 41 spaces. Access would be via Clubhouse Road. The submitted plan does not specify the number of tables or type of food that would be served.

The matter will next head to Surry County’s Board of Supervisors.