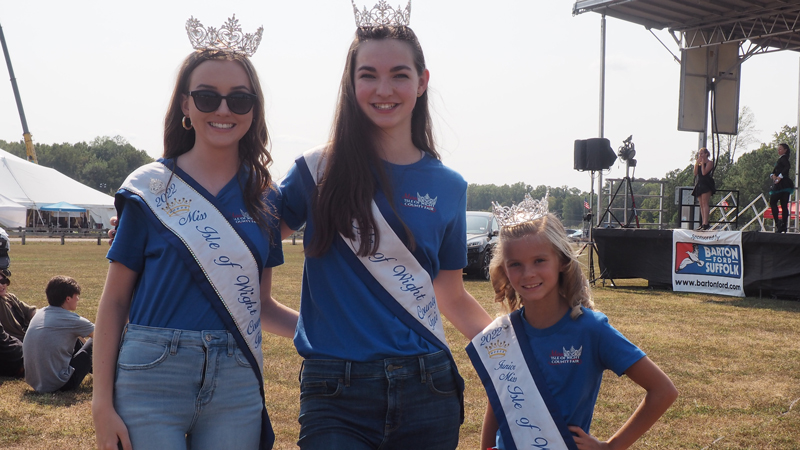 The Isle of Wight County Fair has turned a profit for the second year in a row.

According to Fair Events Coordinator Jenilee Hallman, Isle of Wight was able to realize savings this year by using three large, permanent metal pavilions in place at the county’s Heritage Park fairgrounds, resulting in fewer tent rentals. Despite the savings, the total $332,462.52 in expenses the county incurred this year was just over $100 more than last year.

“Seems like everything we do is cycling. … We went there for two to three years where we couldn’t hardly get many people, and this year we had quite a few,” Byrum said during his Nov. 17 presentation to Isle of Wight County’s Board of Supervisors.

The county’s Seafood Fest, held annually the day before the four-day fair, was down just over $300 in ticket sales compared to 2021, but the event isn’t intended as a money-maker, Byrum said. Its goal is to provide something to the fair’s sponsors in exchange for their contributions, in this case, a free meal.

The fair, historically, hasn’t been a money-maker either.

“This is the second year in a row we’ve actually made a profit,” said County Administrator Randy Keaton. “Up until last year and this year it’s always been, ‘How much do we need to subsidize?’”