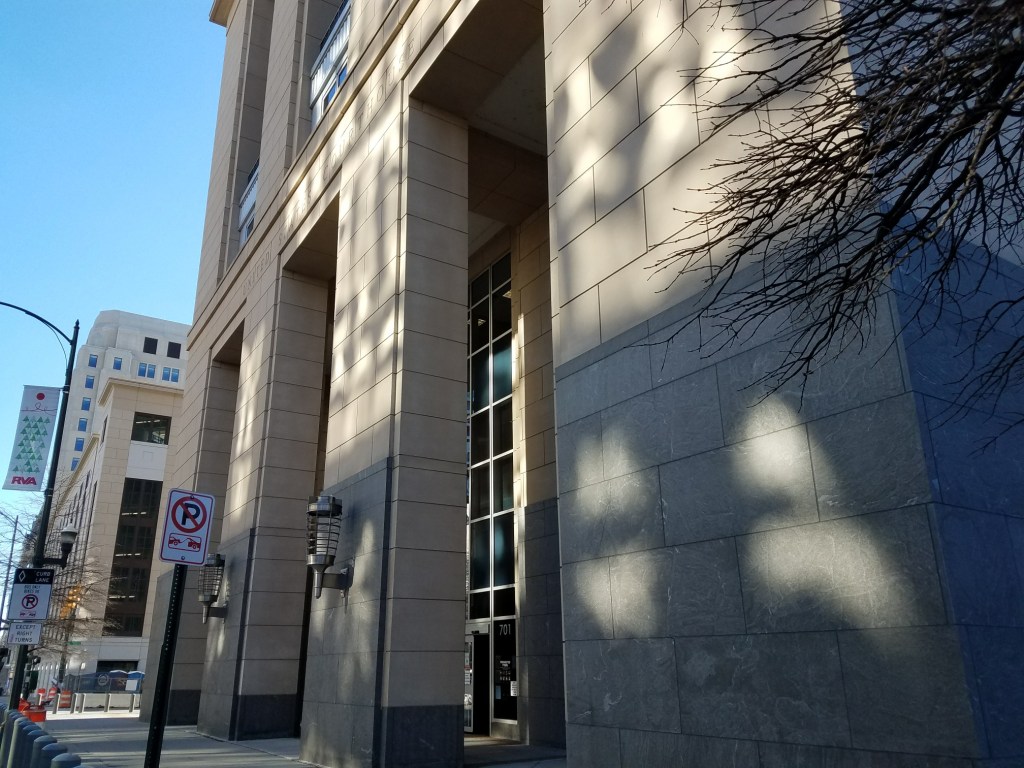 By 11:25 a.m lawyers for Nazario, Crocker and Gutierrez and federal Judge Roderick Young had nearly completed jury selection. The tria resumed at 1:30 p.m.

The federal case, which was moved from Norfolk to Richmond, is set for a five-day trial. Nazario, who is of Black and Latino descent, accuses the two white officers of racially motivated police brutality for having held him at gunpoint during a Dec. 5, 2020, traffic stop while they shouted conflicting commands at him to keep his hands out of his car’s window and exit the vehicle. Video footage of the incident, which went viral in April 2021 and led to Gutierrez’s firing, culminates with Gutierrez repeatedly pepper-spraying Nazario and using knee strikes to force the lieutenant out of the car and onto the ground.

This is a developing story. Check back for updates.