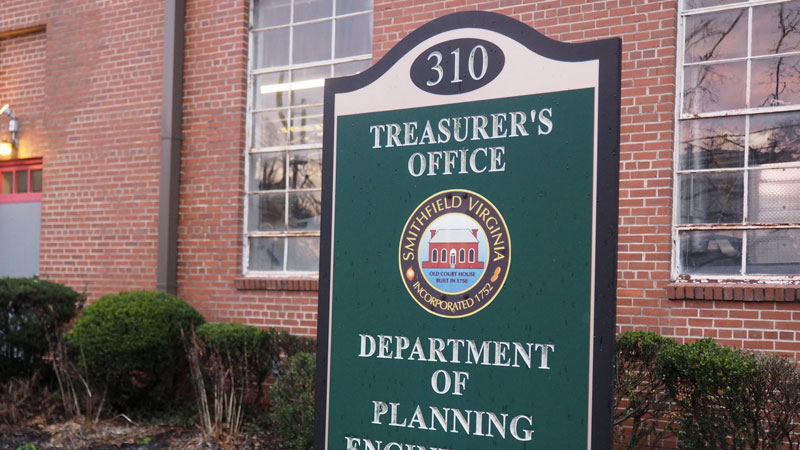 A proposed zoning ordinance change that would set design standards for government-owned buildings is on its way to Smithfield’s Town Council for a final vote, after a recommendation for approval from the town’s Planning Commission.

Smithfield’s zoning ordinance currently defines the entrance corridor overlay district as all land within 500 feet of each side of North Church Street, South Church Street, West Main Street, Benns Church Boulevard and Battery Park Road. Among the standards specified for new construction within the district is a requirement that developers use stucco, natural wood siding, brick or other materials “appropriate to town character,” and a mandate that “every effort be made” to preserve “as many trees as possible.”

If adopted, the proposed standards would make Smithfield one of only a few Virginia localitites that mandate design standards for public buildings located outside of an entrance corridor overlay or historic district. In August, after reluctantly approving Isle of Wight County Schools’ request to place a prefabricated metal office trailer behind Westside Elementary on West Main Street to house the school division’s special education department, the commissioners asked town staff to begin researching options for setting design standards specific to public buildings.

No one spoke during the Planning Commission’s Jan. 10 public hearing on the matter. The commissioners then voted unanimously to send the draft changes to the Town Council with their recommended approval.