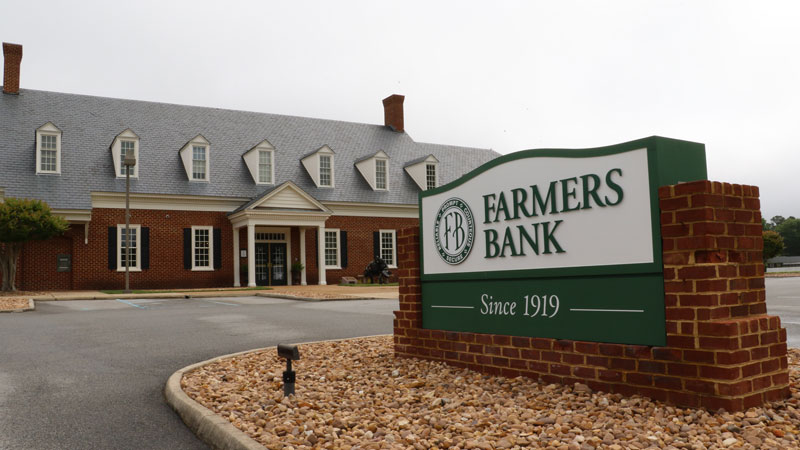 Nearly a year after a bitter split between its founding family and board of directors, Farmers Bank’s merger with Suffolk-based TowneBank is complete.

TowneBank announced that the merger was effective Jan. 13, leaving Isle of Wight County without a locally based bank for the first time in history.

Farmers Bank locations will operate as “Farmers Bank, a Division of TowneBank” until mid-April, “when the core systems and operations of Farmers Bank are scheduled to be converted into those of TowneBank,” officials said in a Jan. 17 news release.

The merger, which includes Franklin-based Manry Rawls, was announced in August and overwhelmingly approved by Farmers shareholders at a special meeting in December.

“Our TowneBank family is delighted to have our longtime friends at Farmers Bank join us,” said G. Robert Aston, Jr., executive chairman of TowneBank. “We look forward to the expanded products and services we can provide to our growing member base through our partnership and the growth of our role as a community asset.”

The August merger announcement followed a months-long power struggle between bank management and its former chairman of the board, Richard “Dick” Holland Jr., whose family started the bank 104 years ago in Windsor. Holland was ousted as chairman of Farmers Bankshares’ board in February after a disagreement over how aggressively to pursue a sale or merger of the company.

Farmers Bankshares’ board elected William A. Gwaltney Jr. in Holland’s place as chairman in February. Holland contended in a March 8 letter to shareholders that he’d “lost all confidence” in the current board and believed his investment as one of the bank’s largest shareholders “would be best protected by a sale or merger of the company.”

Aston said in August that Farmers Bank offices in Virginia Beach, Chesapeake and the Harbour View area of Suffolk would close and consolidate with nearby TowneBank offices. The remaining Farmers offices, including in Windsor and Smithfield, will remain open under the TowneBank brand.

Aston said then that he didn’t anticipate any reduction in personnel.

Based on Sept. 30 financial statements for both banks, TowneBank will have total assets of $16.17 billion.