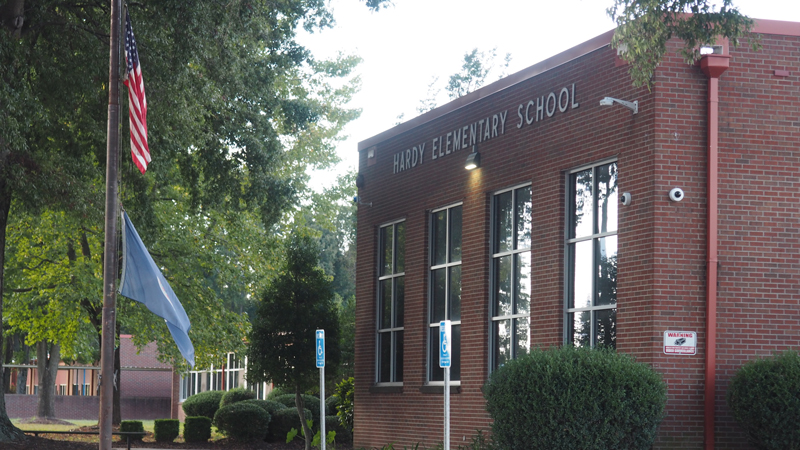 Saving part of the 1960s-era Hardy Elementary and converting it into the school division’s new central office will cost roughly $1.3 million, but will also eliminate at least $1.1 million in expenses that would otherwise be incurred, school officials say.

Most of the one-story school is slated to be demolished at the end of the school year. A new two-story Hardy is set to open at the start of next school year.

The Isle of Wight County School Board voted in December to move forward with converting the existing school’s gymnasium wing into a warehouse and offices for the division’s administrators.

The board then voted on Jan. 12 to accept the estimated renovation costs and officially move the central office from 820 W. Main St. to 9311 Hardy Circle. The vote was 4-0 with Chairman John Collick abstaining.

The current plans call for saving the gymnasium wing and an adjacent wing, giving the new central office an L-shape. The extra space, according to Deputy Superintendent Susan Goetz, would be enough to move both the technology department currently housed at Smithfield High School and the special education department housed in a detached trailer back under one roof with the rest of administrative functions.

IWCS had received quotes ranging from $700,000 to $1.5 million to build a detached warehouse to house confidential personnel and student records, depending on whether it was climate-controlled. The division spends roughly $25,000 per year in warehouse rent, beyond what it’s able to recoup by subleasing some of the space. The lease is set to expire June 30.

By converting the gym into a climate-controlled warehouse, the division would be able to avoid the $1 million cost to build a new warehouse, plus having to pay rent.

Since 2004, the division’s central office staff has been housed in an 11,500-square-foot modular office building behind Westside Elementary. The proposed renovation would also allow the division to forgo a $2 million proposal to build a new central office near the Isle of Wight County Courthouse, which has been in the division’s capital improvement plan for years and is currently slated for sometime between fiscal years 2028 and 2032.

“At the end of the day, it’s almost a wash,” said School Board Vice Chairman Jason Maresh.

Collick, however, was skeptical of the proposal.

“I’m not comfortable going either way at this point,” said Collick, who proposed board members first tour the old Hardy before voting to move forward.

Board member Denise Tynes, however, argued “every moment we delay, it’s not going to get any cheaper, because the cost of building materials is going up.”

Deputy Superintendent Dr. Christopher Coleman said it would take three to four months for the school division to get permits from the county for the renovation.