The Bulldogs’ Van Deans had 17 points, and Gibson Meek had 15.

Alexander’s four three-pointers, also a game high, came in the first half.

The Chargers had no scorers in double figures, but were paced by Payton Shipman’s nine points.

Isle of Wight struggled to get on the board and were held scoreless until an Evan Bracy foul shot with 30 seconds left in the first period. Their first field goal came on Jacob Chapman’s bucket midway through the second quarter. It would be one of only six field goals in the game for the 2-3 Chargers.

The Chargers, after their withdrawal from the Peninsula Catholic holiday tournament, return to action after the winter break. IWA travels to Tidewater Academy Tuesday, Jan. 4, for games starting at 4:30, 5:30 and 7 p.m. 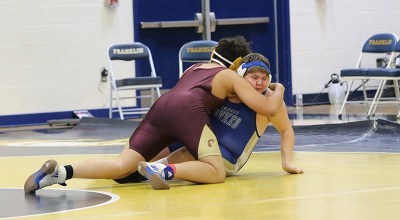